The Best Place to See Lavender in New Zealand

Have you ever seen the photos of rolling fields of Lavender and wondered where the heck they were taken? Is there even Lavender in New Zealand? Are you like me and love the smell of lavender so much you could roll around in it for hours?

If you’re all of that and more, I know you’re going to love the Wanaka Lavender Farm just as much as I did!

It isn’t a hidden gem, it isn’t a tourist trap. It’s a small-time family-run farm that just happens to have the Insta-appeal that everyone is looking for these days, but that was NOT why we visited the Wanaka Lavender Farm one rainy day in February.

Here’s why we think it’s possibly the best place to see lavender in New Zealand and why YOU need to add it to your itinerary right now. Do it. 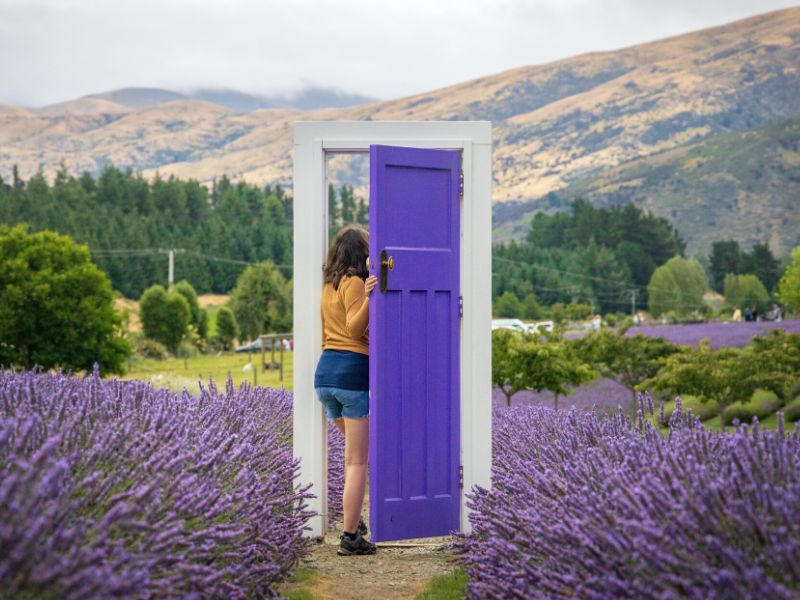 Jump to what you need to know about seeing lavender in New Zealand;

Where is the Wanaka Lavender Farm;

If you hadn’t guessed already, the Wanaka Lavender Farm is in Wanaka. A small town about an hour away from Queenstown in Central Otago.

You probably already have Wanaka on your bucket list because of its famous tree, but we can assure you there’s so much more to this beautiful little down.

The Wanaka Lavender Farm is one of them.

What is the Wanaka Lavender Farm

As the name might suggest, Wanaka Lavender Farm is a farm dedicated to growing lush purple (and white!) lavender. It’s open to the public but it’s not just lavender that you’ll find here!

Along with fields and fields of New Zealand lavender – 20 acres of it to be precise – you’ll also find animals! Goats, alpaca, sheep and pigs to name a few.

To go with their lavender products, the Wanaka Lavender Farm also makes its own honey. Scattered around the property you’ll be able to see live, working bee colonies going about their daily business (bees-ness?) making honey!

You’ll also find a couple of nicely placed ‘Instagram props’ if that’s what you’re looking for too!

When is the best time to visit the Wanaka Lavender Farm?

Before you get too excited about seeing Lavender in New Zealand, know there there are seasons for it and you’re not going to see Lavender all year round, however, there’s always something to see at the Wanaka Lavender Farm due to their ever-changing flower gardens that run alongside the lavender.

The Wanaka Lavender Farm season looks something like this;

And of course, they have their farm animals all year round too.

Hidden Locations on the West Coast

The History of Wanaka Lavender Farm

This beautiful little farm opened its doors in 2014 and has remained a locally owned business for the last 6 years. The whole farm stretches for more than 12 hectares and grows over 7,000 lavender plants.

Did you know there are over 7 types of Lavender and you’re able to see them all at Wanaka Lavender Farm – including white lavender, which I never knew was even a thing until our visit in February! 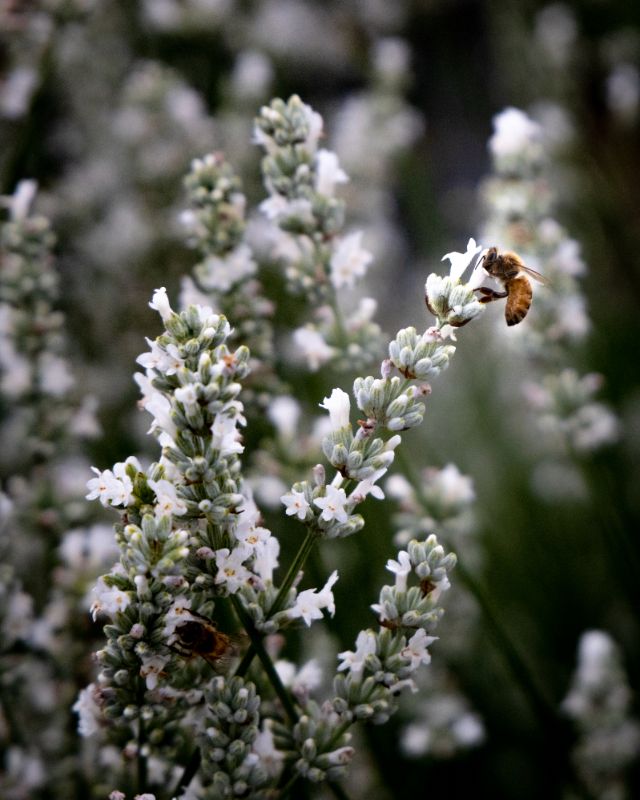 How much is the Wanaka Lavender Farm?

Like most New Zealand Lavender Farms, there is an entrance fee but it is very budget-friendly. You’ll see a slight price increase during the Wanaka Lavender Farm season, but that’s to be expected when the flowers are in full bloom and at a higher risk of being damaged by the increased footfall.

Our experience at the Wanaka Lavender Farm

As with most of our day trips, this one to Wanaka Lavender Farm was very last minute.

We had been out for the day exploring Lindis Pass and the clay cliffs when our route back home took us past the Wanaka Lavender Farm, where we could see the bright purple blooms from the road, enticing us in.

Living in Wanaka we had heard all about the lavender farm, it had featured on our to-do list most of the summer but we simply never got around to it.

Rain loomed overhead, so we hadn’t intended on making any more stops for the day, but I feared if we didn’t go now we might not get another chance to go while the lavender looked so pretty.

Passing through the cafe and shop that guard the entrance door, the smell of lavender hit my senses almost instantly. The harvest was in full swing and fresh sprigs hung all-around indoor seating area.

Do you love the smell of lavender? I do! 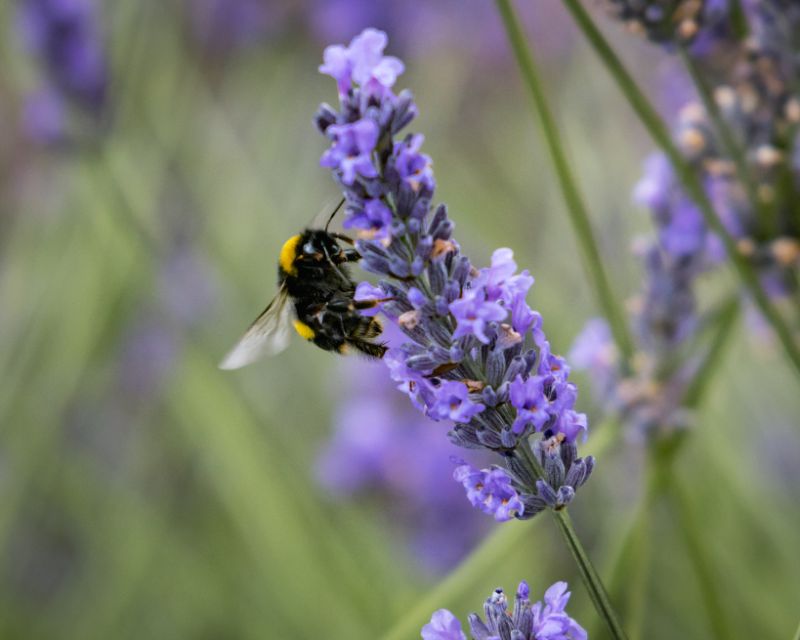 Bumblebee on Lavender in New Zealand

Once we entered the Wanaka Lavender Farm the whole space opens up to rows upon rows of purple flowers. It’s hard to know which way to go when all you want to do is smell lavender and see the bees at work!

I didn’t have to look far either. The Wanaka Lavender Farm is home to an army of honey bees, all content in their work more than happy for you to get close and take photos.

We were here mid-February and a few telltale signs that the Wanaka Lavender Farm season was beginning to change were already starting to show. More crops had been chopped back and a few corners were beginning to dry.

The colours overall remained vibrant though and the smell was devigne. Have I mentioned I love the smell of lavender?

Interwoven with neverending rows of lavender were vairous flower beds, lilles, sunflowers and Dalia’s were all in bloom too, adding even more colour to the purple backdrop offered by the Wanaka Lavender Farm. 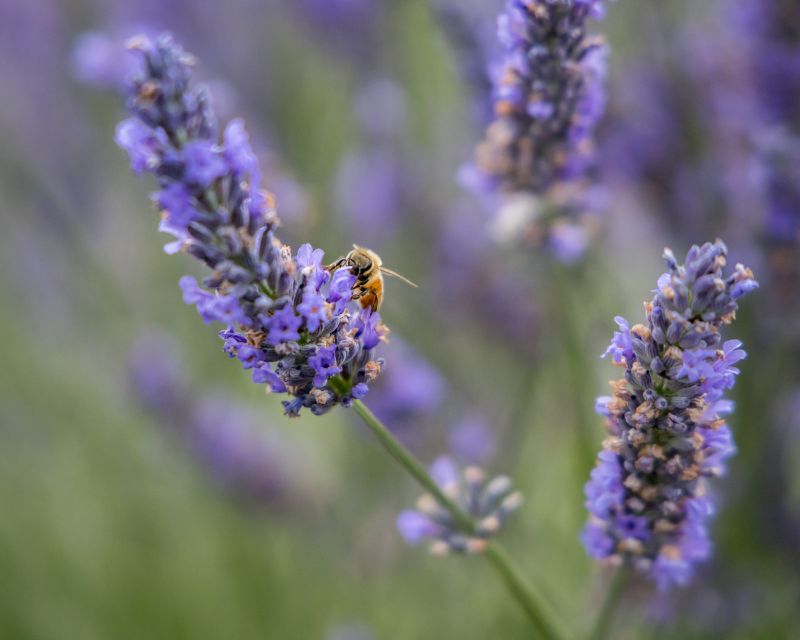 Honeybee on Lavender in New Zealand

Once I’d almost filled a memory card with bee photos – you think I’m kidding? – we headed over to see the woollier residents nearby… the alpaca and lambs!

All of the farm animals seemed pretty happy to have visitors despite the rain, with the sheep and goats coming over for fusses through the fence. I felt five again.

We were only at the Wanaka Lavender Farm for an hour or so but I could have easily stayed a little longer had the weather been better. 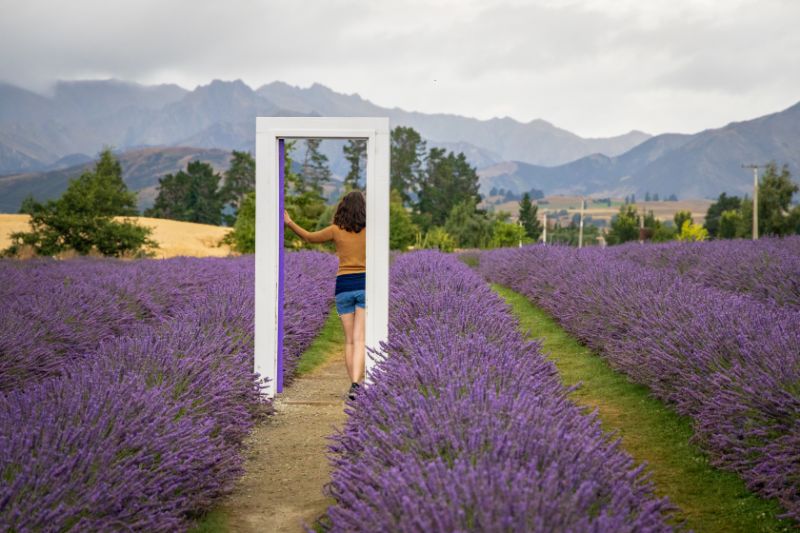 If you buy some honey or lavender from the Wanaka Lavender Farm, here are some of our favourite recipes that will put it to good use!

Unbelievably The Wanaka Lavender Farm is open 7 days a week 9am – 5pm or 10am – 5pm in winter, making it a great option to see lavender in New Zealand whenever you’re passing through Wanaka!

Obviously, due to the number of bees, there are on the Wanaka Lavender Farm, I feel it’s worth mentioning that anyone with a bee sting allergy needs to be careful. The bees seemed really placid when we were there, happy doing their work on the flowers but I wanted to mention it anyway.

If you go during peak lavender season while the weathers nice – any time around Christmas – you can almost guarantee it will be busy. If you want to avoid the crowds a little bit, but still see lavender in New Zealand, we recommend going when they first open or on a more ‘miserable’ day, when other tourists are hitting up the indoor things to do in Wanaka! 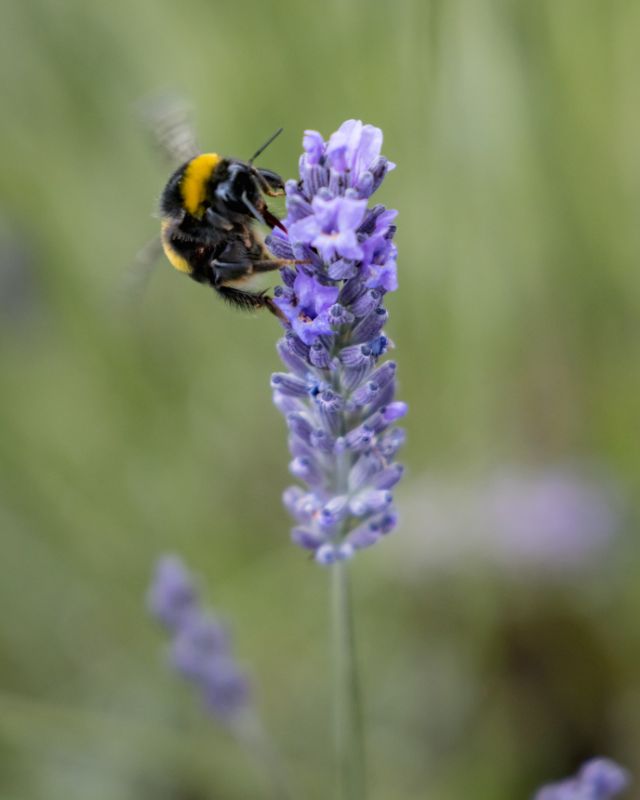 Other things to do near the Wanaka Lavender Farm

Once you’ve seen enough of the lavender in New Zealand, there’s still plenty to do in the area. We’ve written a more in-depth post about things to do in Wanaka but here are a few of the highlights that you definitely don’t want to miss!

A 6 hour return hike that isn’t for the faint-hearted. If you find yourself in Wanaka for an extended period of time, you can’t miss this out. The views from the top are incredible.

If you’re not already visiting Wanaka for its famous tree, add it to your list now. It’s another of the towns biggest tourist attractions due to its unique position in the water. It doesn’t look its best in the winter when New Zealand lavender is in full bloom but it’s a good time of year for getting closer to the tree while the water’s low – just please don’t climb it.

Get a hot pie

If you didn’t grab some food at Wanaka Lavender Farm cafe, head into central Wanaka and get a pie from the DoughBin. These award-winning pies are a must when in Wanaka, as are their donuts!

Of course, you want to take some photos while you’re at the Wanaka Lavender Farm. While it isn’t a hard place to photograph, we still have some top tips to make things a little easier for you!

Have you ever wanted to see Lavender in New Zealand? I always thought you could only see it in France so it was nice to find out there was one so local to us in Wanaka! Now you know where Wanaka Lavender Farm is, you’ll have to pop by for a visit on your South Island road trip. Don’t forget to grab your local honey while you’re there!

Home>Otago>This is Why We Loved the Wanaka Lavender Farm 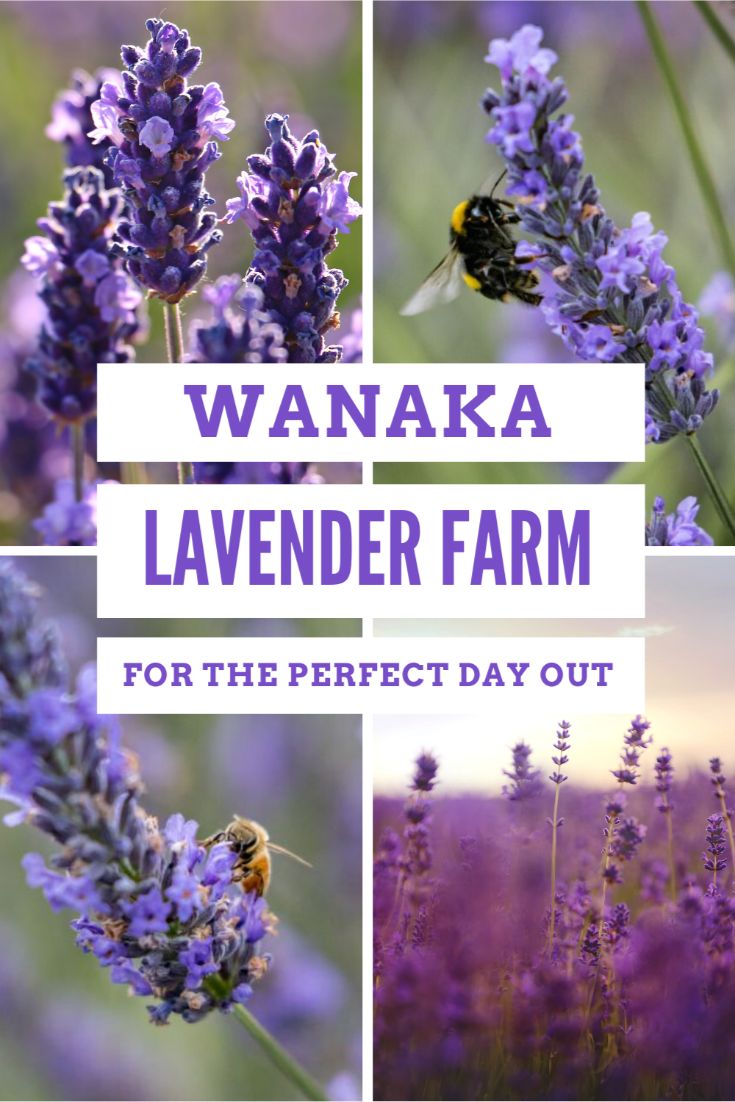 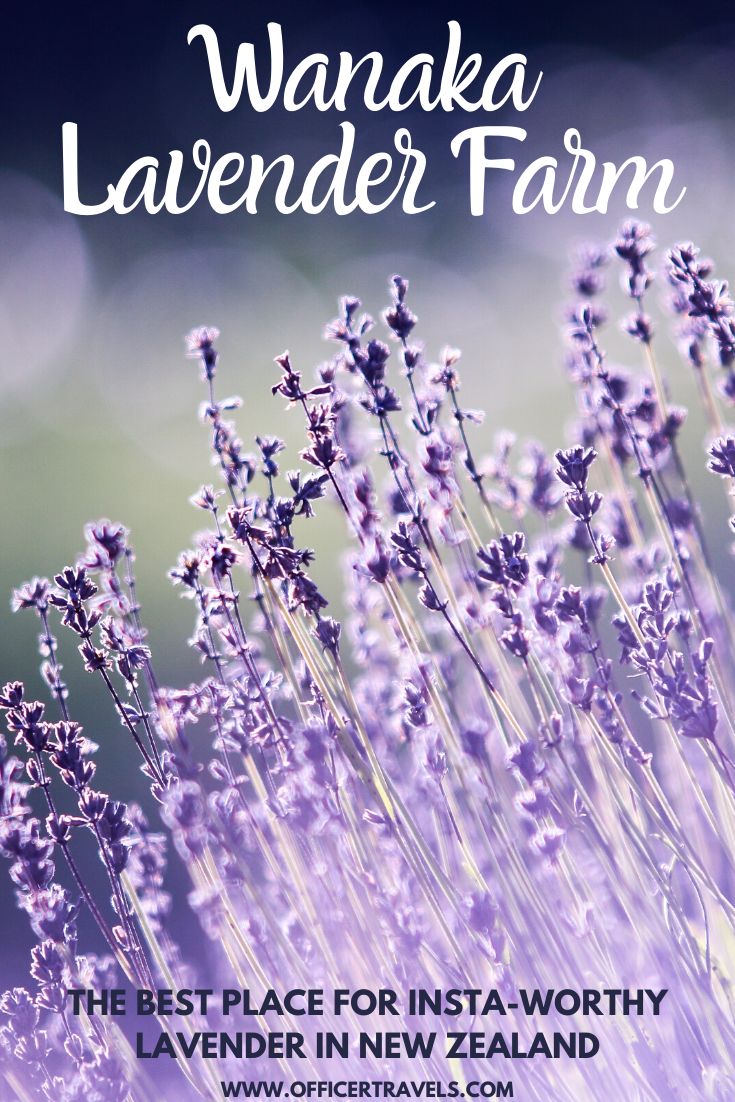 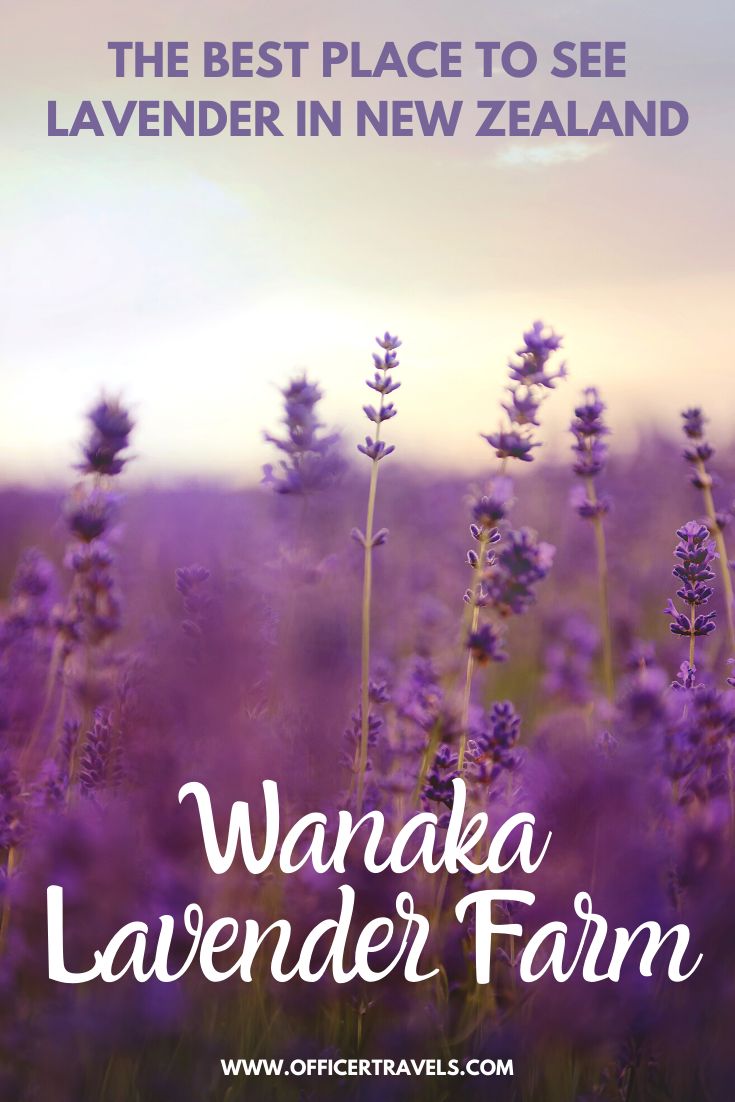 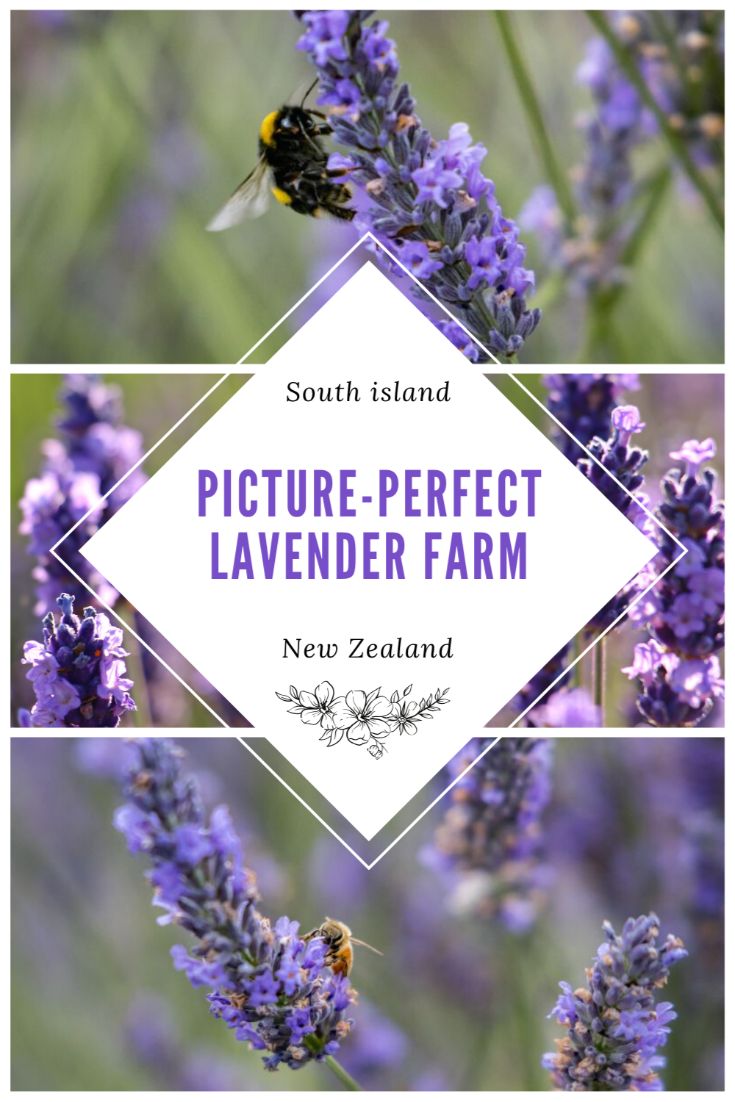 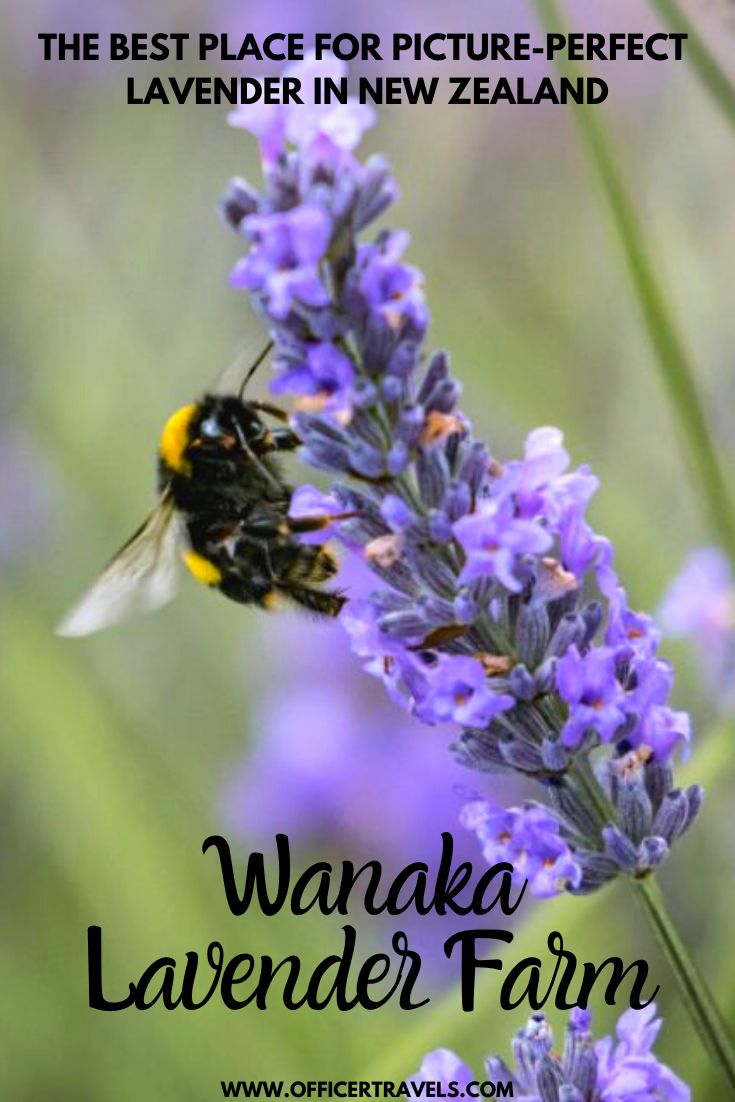