One of New Zealand's Most Dangerous Roads

Arthur’s Pass (or State Highway 73) is possibly one of the most iconic roads in New Zealand. It’s what connects Christchurch to the West Coast and also home to some of the country’s cheekiest birdlife. What you might not know though is the Arthur’s Pass drive has a lot more to offer than bendy roads and mountain scenery.

We spent one day in February doing the Arthur’s Pass drive and I’m here to tell you now – that isn’t enough!

This week we’re opening your eyes to everything there is to see and do at Arthur’s Pass National Park. From the quirky to the popular, you’ll soon see it’s more than just a road – it’s an experience not to be missed. 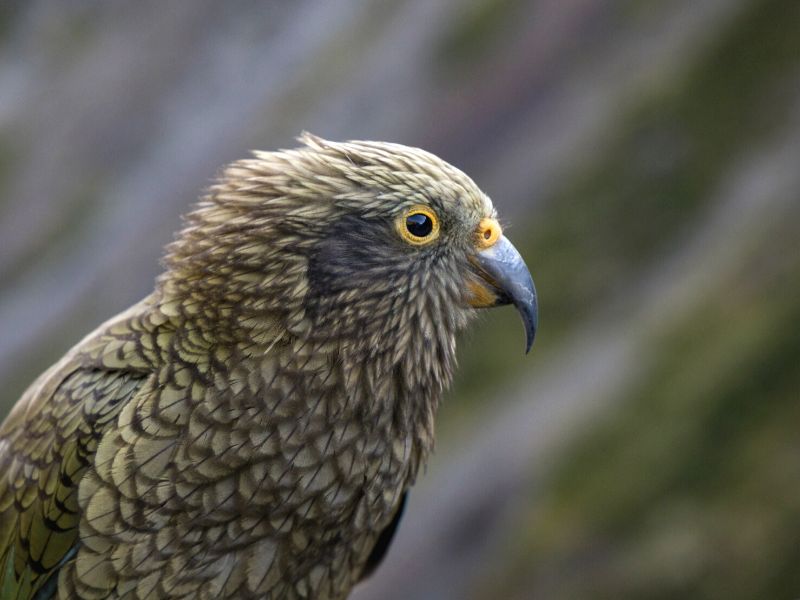 Where is Arthur’s Pass National Park?

Arthur’s Pass National Park is roughly 2 hours inland from Christchurch, or 1 hour from Hokitika on the West Coast. Perched the outskirts of which lies a small tourist town named after the park – Arthur’s Pass.

However, if you hear people talking about driving ‘the Arthur’s Pass’ they’re usually referring to the whole road from Christchurch to Greymouth that’s otherwise known as the Great Alpine Highway or State Highway 73.

How long is Arthur’s Pass drive?

As mentioned above, the Arthur’s Pass drive and the Great Alpine Highway are one and the same.

It’s a 240km stretch of road that will take you through the mountains, past stunning rivers and through some really quirky towns.

Expect the whole drive to take you 3.5hours, without any stops but there are also plenty of accommodation options along Arthur’s Pass drive.

It’s worth noting that this stretch of road is often closed, like many of the scenic roads in New Zealand, during the middle of winter due to snow that makes the Arthur’s Pass road conditions not suitable for your average driver, or the big trucks that frequently use it. 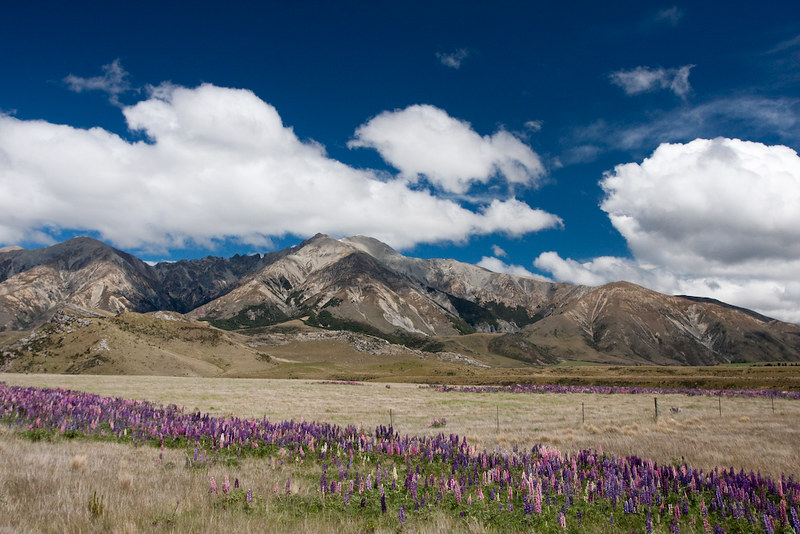 Arthur’s Pass things to do; See the lupins in bloom at the base of mountains

How long should I spend at Arthur’s Pass

We did this drive in one day after our drive along the West Coast. However, we felt really rushed and didn’t get to experience some of the awesome hikes that we’ll talk about soon.

For this reason, I’d recommend factoring in at least one overnight stop at Arthur’s Pass, if not two, depending on what you choose to do there.

Having the option to stay overnight will also mean if the weather isn’t great when you arrive, you have an extra day to wait it out rather than be forced to move along without seeing anything.

It will also increase your chances of seeing Kiwi in Arthur’s Pass National Park if you stay overnight.

Ranked as one of New Zealand’s most dangerous roads, you might be surprised to hear that it isn’t that bad.

Its dangerous title hails from an era of horse and carts when carriages were forced to pass via the ‘zig zag’ road that teetered on the edge of the mountainsides.

The hairpin bends and constant risk of damage in earthquakes made it one of the worlds hardest and most dangerous carriage roads and often had to be rerouted due to landslides and avalanches caused by earthquakes or bad weather.

In this modern-day and age the Arthur’s Pass road condition is a lot better and more stable than it used to be with the Otira Viaduct replacing the need for the famous zig-zag road.

That doesn’t mean it’s completely safe though. It isn’t a road you want to get complacent on.

The road gets icy and heavy snow can fall here seemingly without warning during winter. It’s narrow and windy in places and the speed limits really do need to be adhered to on Arthur’s Pass.

Ice chains are compulsary during winter when Arthur’s Pass road conditions are at their worse. You may be stopped and asked to prove you are carry chains and know how to fit them. This is a common rule for all of New Zealand’s mountain roads.

If you’re not used to driving on the left side of the road, the Arthur’s Pass drive is not the place to practice. Stay alert and if you feel tired, stop. 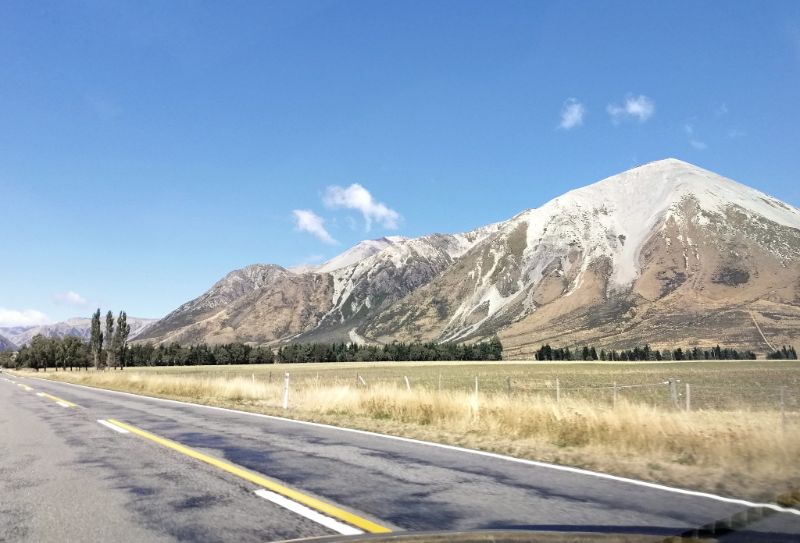 Arthur’s Pass things to do; Take in the mountains

I’m not gonna lie, this was the only one of these Arthur’s Pass things to do that I actually knew about before we drove it for ourselves. Even then we had zero expectations and it did not disappoint.

Access to the Devil’s Punchbowl is a short 5-minute walk from the centre of Arthur’s Pass village and it’s scenic from the get-go as it crosses the Bealey River and descends into the forest.

The track is a 2km/60min return walk with lots of steps. I mean, it’s all steps. Had I have done any research at all I would have known this but I didn’t, and a halfway tantrum very nearly occurred as the realisation that I am in no way equipped for this amount of steps on an empty stomach hit me.

Getting to the viewing platform made the whole ordeal worth it though as the Devil’s Punchbowl waterfall is stunning. I completely see what the hype is about and why the track was so busy.

At 131m tall, the cascading waterfall is mesmerizing and after heavy rainfall you can almost feel it thundering below your feet. 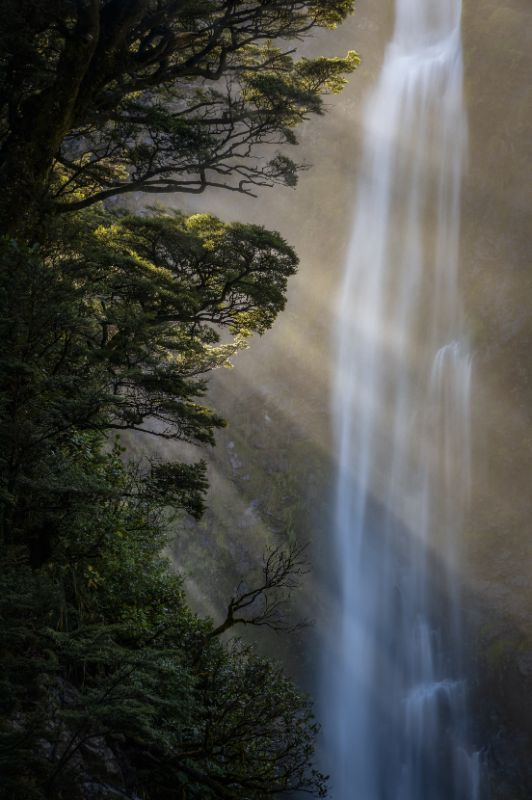 Want to learn a bit of the history that surrounds Arthur’s Pass? Then you need to do the historical walk.

This walk zigzag’s its way through the village, guiding you to various plaques. Each outlines a different part of Arthur’s Pass history and some offer good viewpoints across the area.

It’ll take about an hour to complete if you visit every plaque, but you’ll come away with a stronger understanding and knowledge on the area

Hidden Places on the West Coast Not to be Missed

The Bealey Spur Track is the most accessible day hike in Arthur’s Pass National Park due to the easy meandering track that doesn’t climb above the tree line but still offers fantastic views across the valley and its braided rivers.

This walk is 2.5hours one way and it is a good track to consider if you have relatively good fitness.

If you want to extend your stay, there’s a hut at the top of Bealey Spur that works on a first-come-first-served basis. 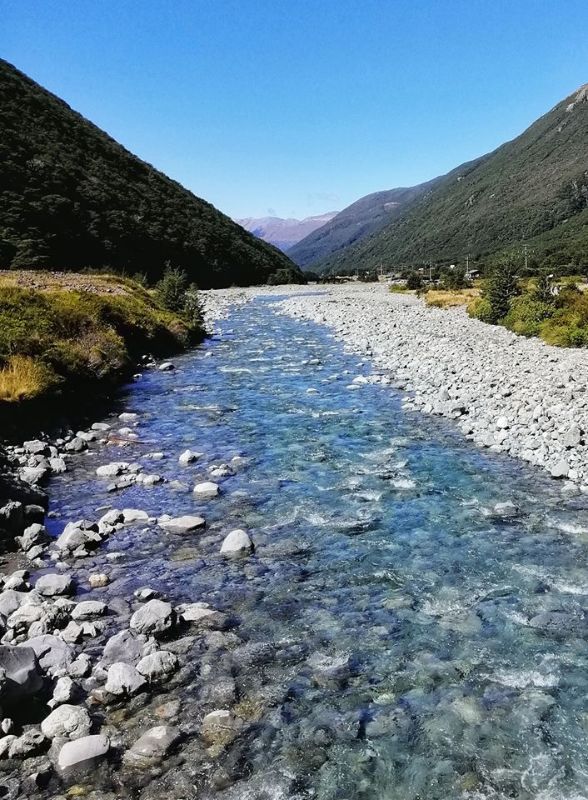 Arthur’s Pass things to do; Marvel at the Scenery

In the heart of Arthur’s Pass National Park is the Otira Stagecoach Hotel – do not drive past this without popping in to say hello.

Built in 1865 to help house the gold miners, it was restored in 1902 where it lived to serve the pioneers who passed through the valley then again in 2015 to the hotel we see today.

It goes without saying there’s a lot of history inside the Otira Hotel and it doesn’t hide any of it. Once we stepped through the doors we were greeted with memorabilia from across the decades – I almost forgot what I had gone in for!

We ordered a coffee and spent the best part of an hour walking around looking at the artefacts. Some – like the taxidermy possum and skeletons – seem so out of place in this era but they fit in here and would once have been considered a proud talking piece ‘back in the day’.

Outside amongst the Lord of The Rings statues and play park, you’ll meet the resident goats, horses and even Scotty the talking parrot.

I cannot stress this enough, do not miss it – the Otira Stagecoach is one of those things to do in Arthur’s Pass that will stick with you forever for all the right reasons.

This is one of the Arthur’s Pass things to do that can’t be avoided as it’s the only way to get from point A to B but make sure you pull over at the Otira Viaduct lookout on the Christchurch side of the bridge.

Opening in 1990, the Otira viaduct is the reason travellers no longer have to pass over ‘death corner’ on the old coach zigzag road – a  notoriously dangerous hairpin road.

There are many hazards present when you cross the Otira Viaduct on the Arthur’s Pass drive, including falling rocks from the cliffs above. These have been reduced in recent years when the council built sections of overhead roofing for the sections most at risk.

From the lookout, you’ll get a better look over this amazing feat of engineering and maybe even a feathered visitor or ten… 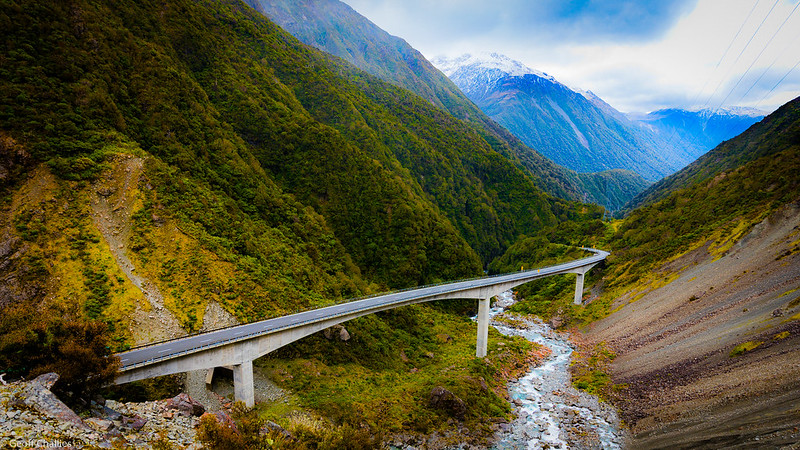 Arthur’s Pass things to do; See the viaduct

Where can you see Kea at Arthur’s Pass Drive?

I’ve teased the fact you can see Kea on this road but is it really one of the Arthur’s Pass things to do?

So exactly where can you see Kea at Arthur’s Pass?

Well, you might be surprised to hear that it’s really easy to see Kea here, even if you have the patience of a toddler.

Simply turn into the Otira Viaduct lookout car park and, if you’re the first to arrive, you’ll see the curious birds come flocking down from the trees. We had seen 5 before we even stepped out of the car, 20 by the time I got the camera set up.

These curious little birds are incredible and I’m not just saying that as someone who loves birds. They’re cheeky and by no means shy to get close to you if they think you have something that should belong to them – like plastic, anything shiny or anything edible. They’ll land on your car within minutes of you stopping, and aren’t afraid when it starts moving again.

So why are the Kea so incredible? They’re the world’s only true alpine parrot, meaning they choose to live above the treeline instead of in the woods like other parrot species.

If you’re worried about them landing on your rental car and possibly scratching it, we found that leaving the engine running seems to deter them slightly.

There is an official ‘Kea Point’ along Arthur’s Pass which is supposedly the ‘best place’ to see them but in our experience it draws blanks. 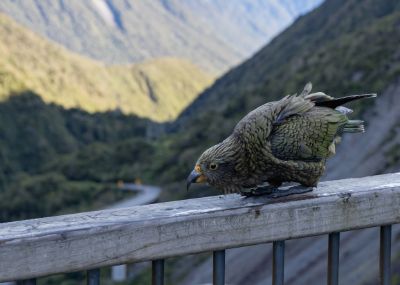 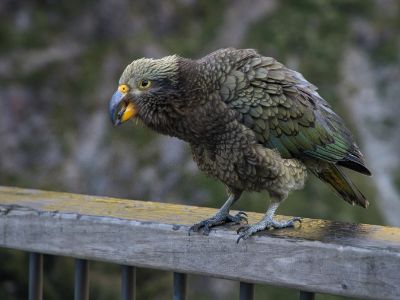 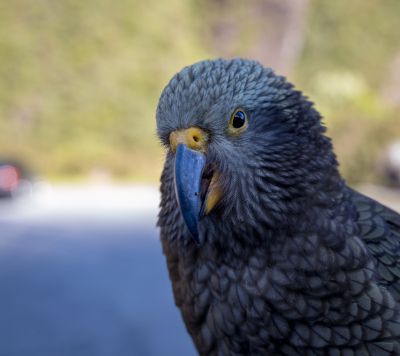 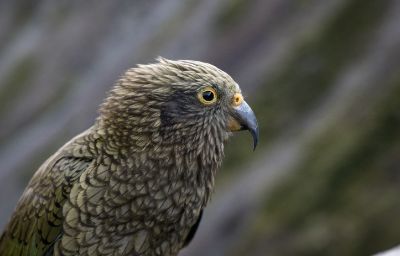 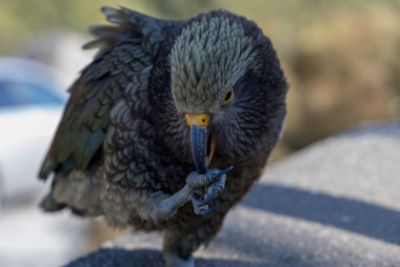 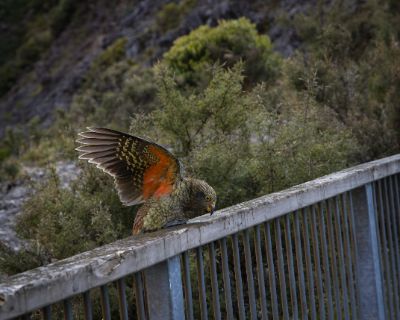 Arthur’s Pass things to do; See the cheeky kea

Have we talked you into spending more time on Arthur’s Pass? It’s a drive I can’t wait to do again as there are so many other things to do in Arthur’s Pass National Park, one trip simply isn’t enough. Drop your comments below and let us know if you’ve done the Arthur’s Pass drive or if it’s on your to-do list. 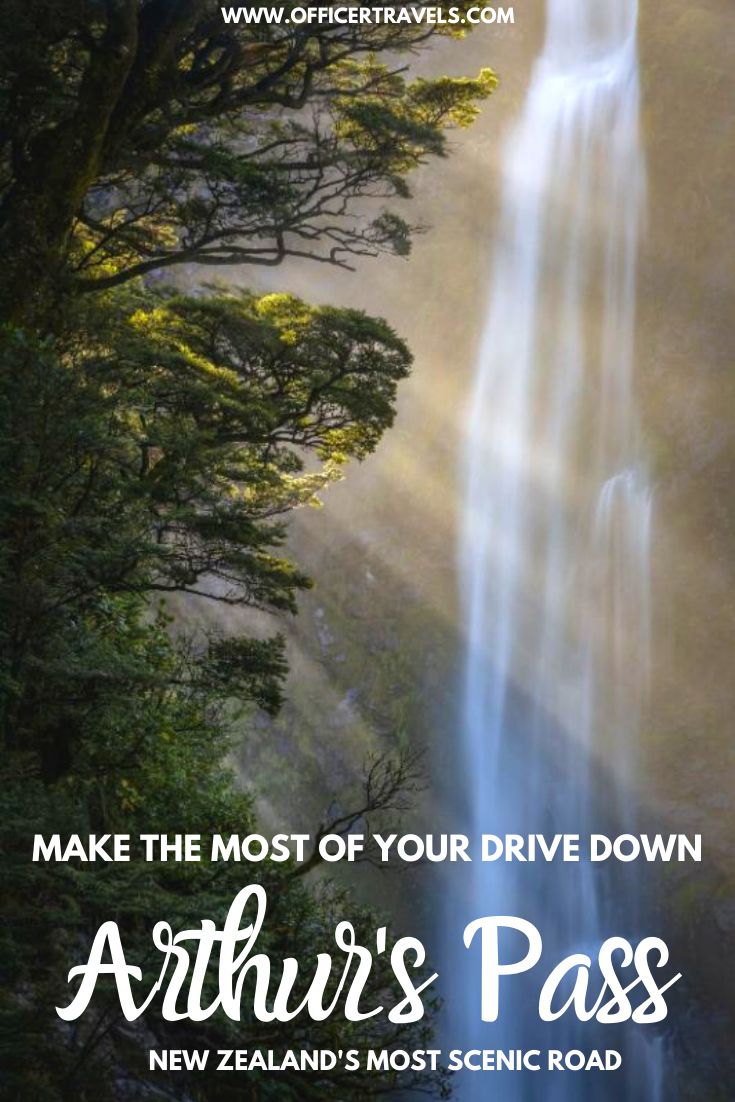 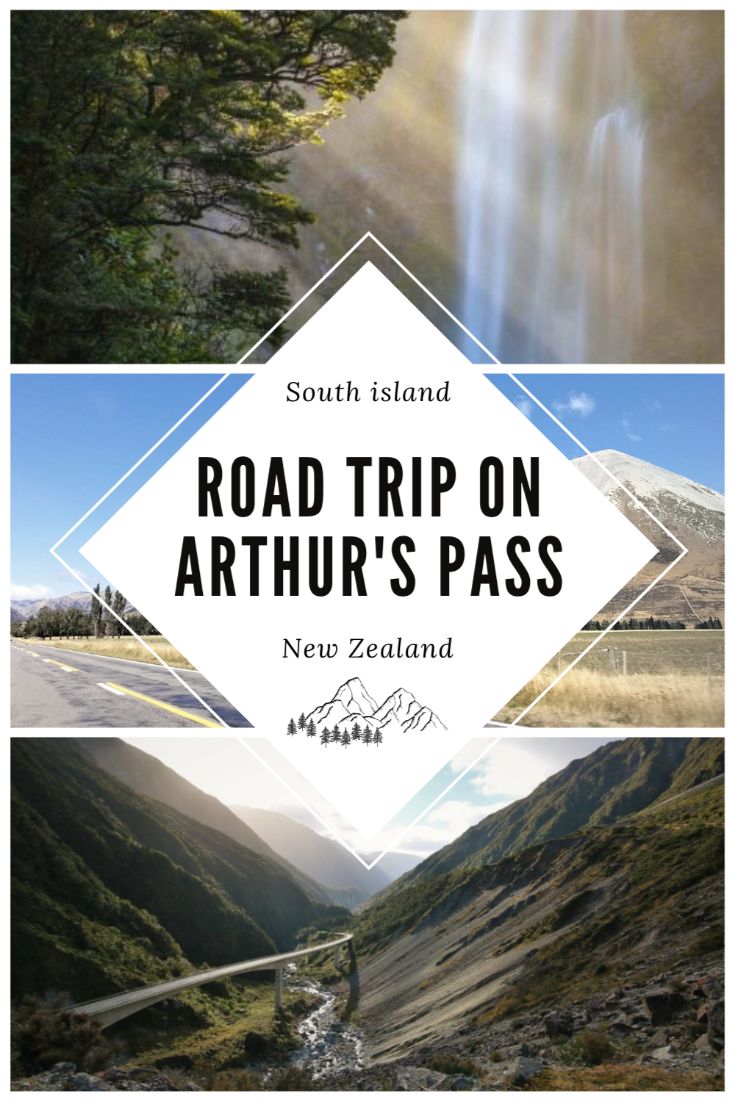 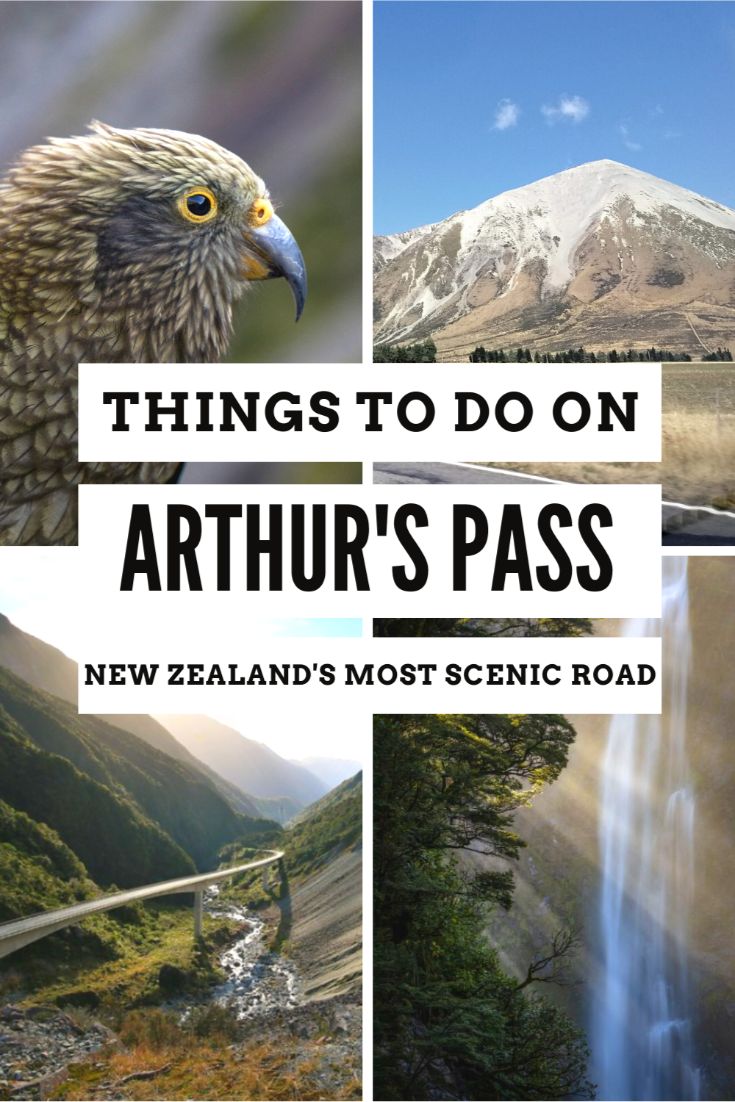 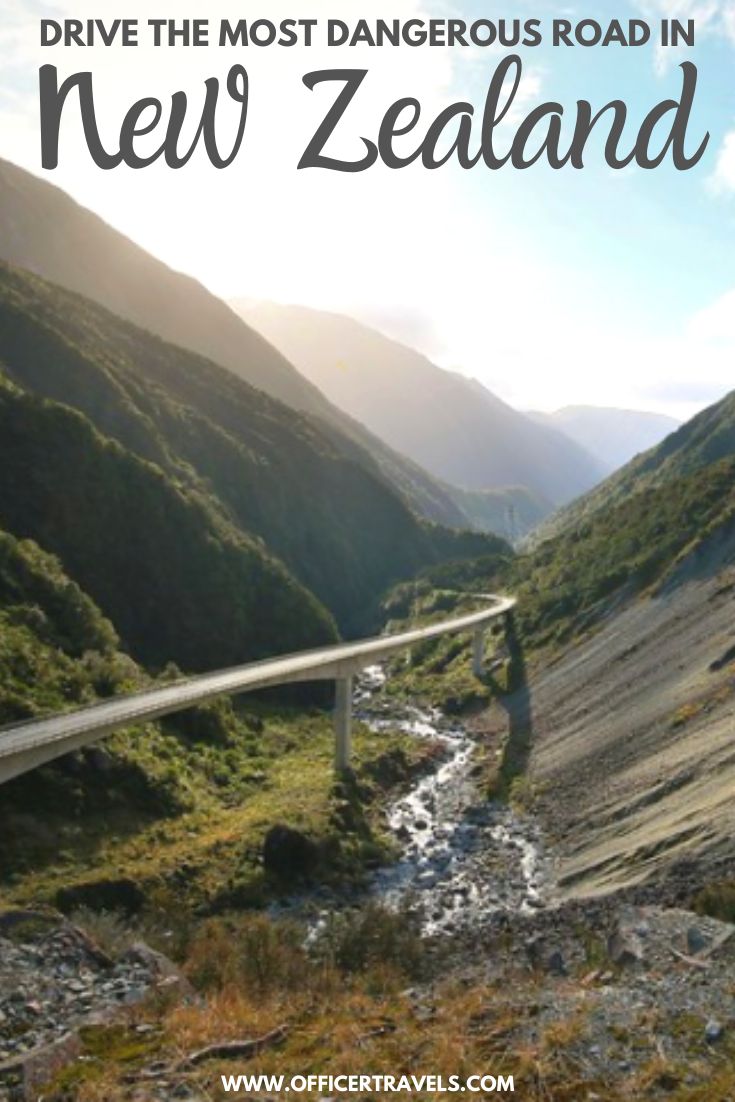 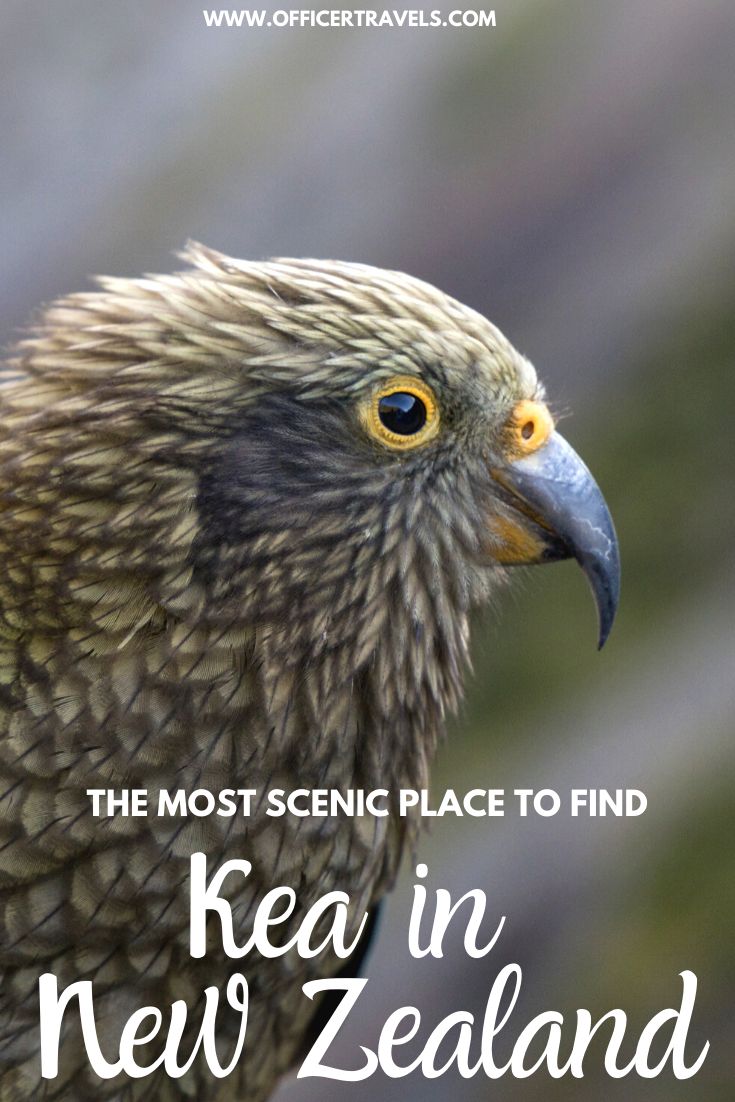