Australia’s history is an interesting one. Controversial, sure, but interesting. I know it’s not as far-reaching as the British history but it still holds a lot of stories.

If you’re looking to indulge in a bit of history or wanting some different ideas for your Australian East Coast road trip, you’ll love the historical site of the Trial Bay Gaol, an abandoned jail that lies on the South West Rocks. 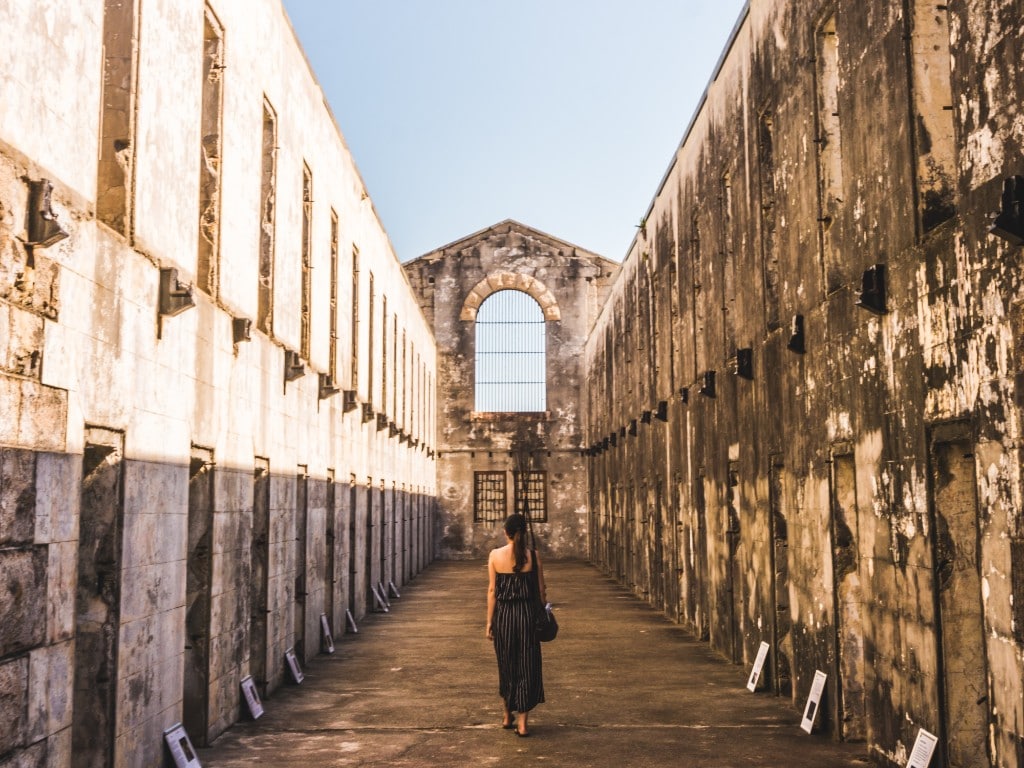 We made the stop on our way to Brisbane and was really surprised by the location of the South West Rocks jail. It’s quite simply, stunning.

I couldn’t believe they would build a jail in such a beautiful location. Like many of the jails in Australia, the Trial Bay Gaol history really is intriguing. From an unfinished rehabilitation scheme to world war one connections, the South West Rocks jail by the rocks is without a doubt worth seeing while you do Australias East Coast road trip.

Perched on the cliffs within Arakoon National Park, you’ll find the Trial Bay Gaol ruins. An old Jail that was used to house prisoners, with the aim of using them to build a breakwater to make the harbour safer for ships passing from Sydney to Brisbane… a structure that was never actually completed!

Trial Bay Gaol, or the South West Rocks Jail, is an important piece of Australian history because it was the first to use prisoners in such a way, it was also the only jail at the time to have never had an inmate die of illness or disease. This was due to its pristine living conditions and their onsite doctor. However, a few did die while fishing, canoeing or cliff diving during their free time… doesn’t sound much like a prison, right?

After 13 years building the actual jail and 14 years attempting failing, to build the breakwater the Gaol closed its doors in 1903 until world war one broke out and it was reopened as a camp to contain German descendants who were feared to by enemy spies or German sympathisers. It closed again permanently in 1918.

What’s left of Trial Bay Gaol today is actually quite impressive. The surrounding walls and interior cells look almost untouched, bar the missing roof and a few structural details of course. All of the buildings ironworks were sold by the government at the time of its close but you can still see where these structures were though, and the missing stairs make the second level of cells just that little bit more spooky.

It’s pronounced the same as ‘jail’ but gaol is an old Aussie spelling, and the official name for many of Australias old jails.

Gaol and jail are interchangeable and it’s not uncommon for one flyer to call is Trial Bay Gaol and another Trial Bay Jail. They’re one and the same.

Sydney to Brisbane – The Perfect Itinerary

How to get to Trial Bay Gaol

Getting to South West Rocks Jail is really easy, no matter which way you’re heading. Travelling north from Sydney, Trial Bay Gaol is just an hours drive from Port Macquarie along the pacific highway. It’s also only an hour from Coffs Harbour if you’re heading down from Brisbane. 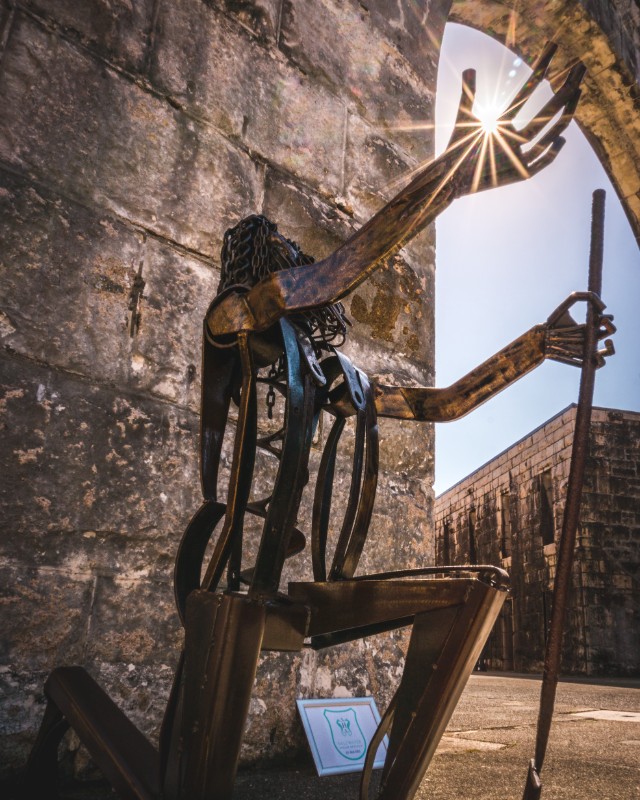 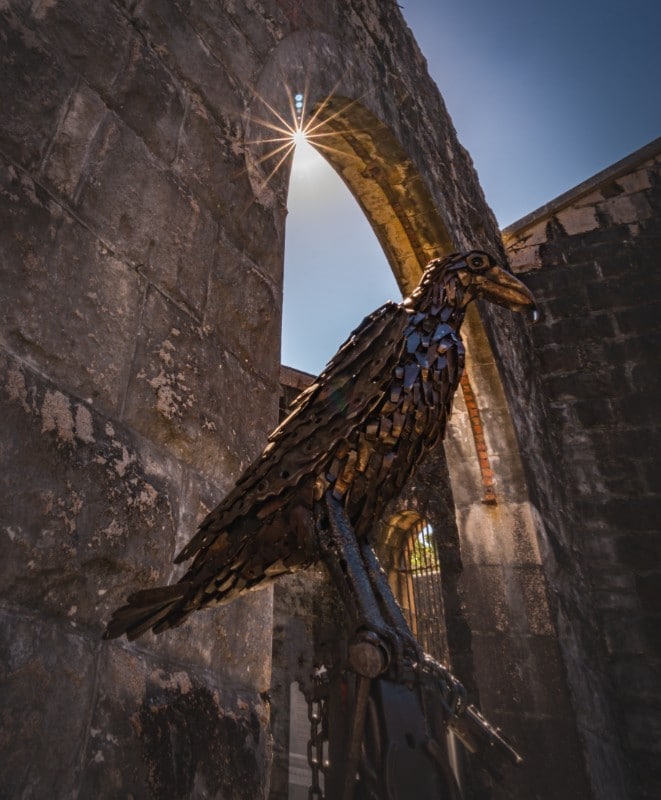 One of our favourite things to do at Trial Bay Gaol was the walk around their sculpture gallery.

Things to do at Trial Bay Gaol

Once you’ve had a wander through the ruins of old Trial Bay Gaol cell blocks and pondered what it must have been like to be a prisoner in such a scenic jail, there’s still plenty left to do and see at the South West Rocks Jail ruins.

By the entrance of Trial Bay Gaol is their mini-museum, a room dedicated to remembering those who lived and worked here. Artwork from local schools decorates the walls and an old TV screen is set up to play its visitors a video looking over the history of this ruined site. It’s only a short documentary-style video but it’s worth a watch before you walk around the grounds.

Be a watchman on the trial bay guards tower

Take a walk up the guard’s watchtower to admire what’s left of the famously failed breakwater, it’s less than half the size it was originally supposed to be but it’s standing the test of time and a reminder to those who were in-prisoned at the Trial Bay Gaol. This is also the perfect spot to watch for whales and dolphins. During the migration season, they’ll pass straight pass the gaol and we were lucky enough to see a couple breaching just off the shore.

If you want more tips on spotting whales, check out our whale watching guide.

While it’s perfectly ok to visit Trial Bay on a self-guided tour, if you’re wanting to up the spook factor a notch they also offer sunset guided tours. These give you the opportunity to experience the Gaol just as the suns going down and learn the history of these ruins from an expert guide.

Even though the surrounding walls are still intact, that hasn’t stopped a small mob of kangaroos making it their home. Wandering freely in and out of the gates, these roos can often be seen grazing next to the cells and sunning themselves by the old punishment room. It’s eerie and cute all at the same time. 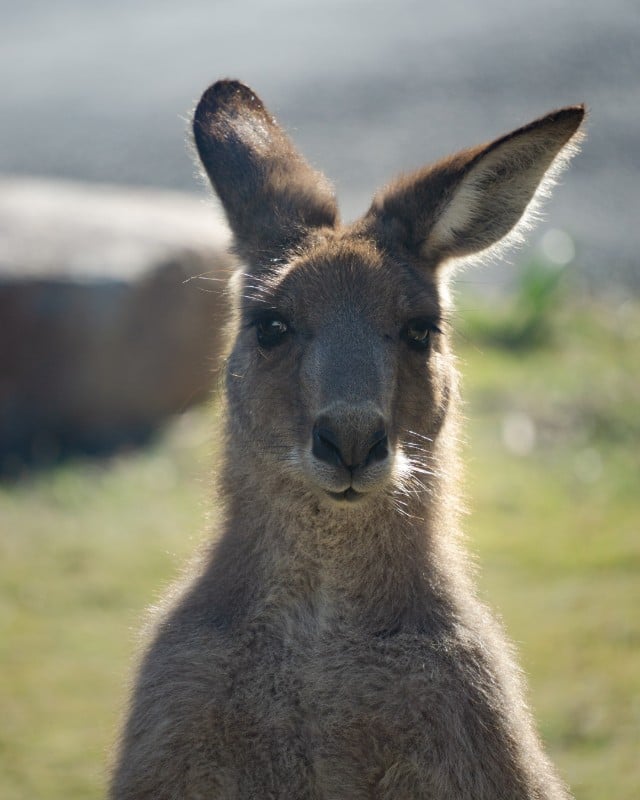 There are so many things to do at South West Rocks and Trial Bay Gaol that it’ll easily fill a day, especially if you love a good sea view.

We had a great time exploring these ruins and while some would say it’s pricey, we thought it was worth the money for the views alone. If you’re lucky, they might even have another sculpture or art display on. Whenever you choose to drop by, Trial Bay Jail is the perfect stop on your East Coast road trip.

Have you been? We’d love to know what you thought! Drop us a comment below or head over to our Facebook page and let’s chat!! 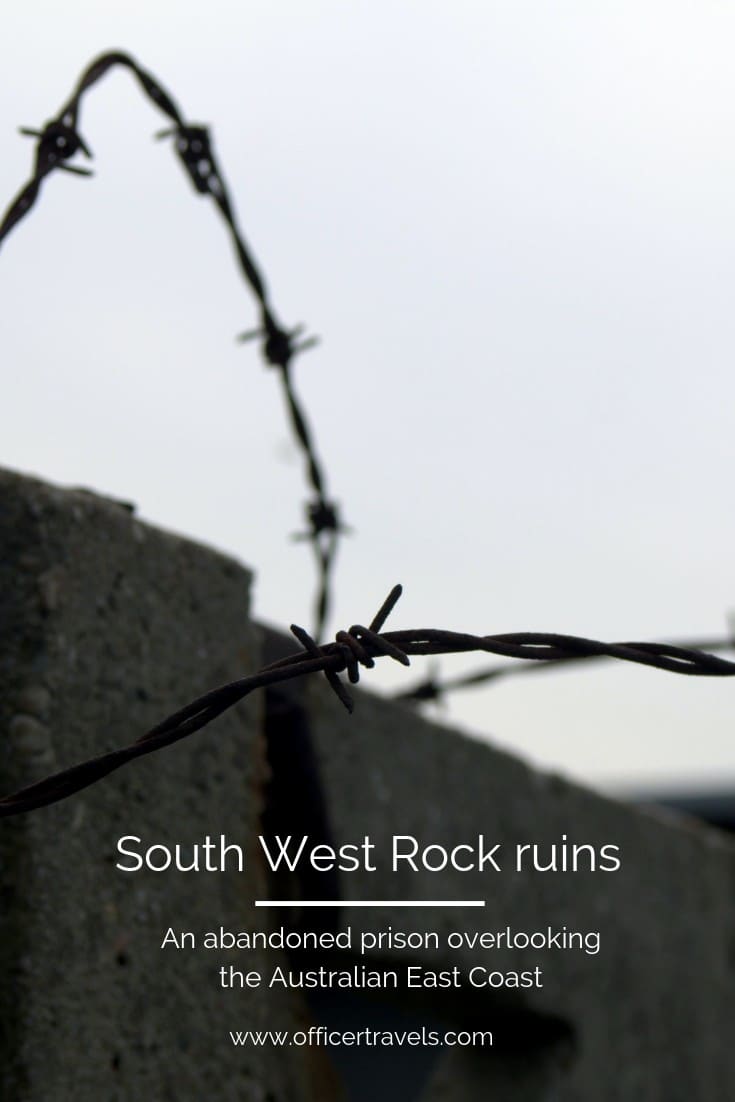 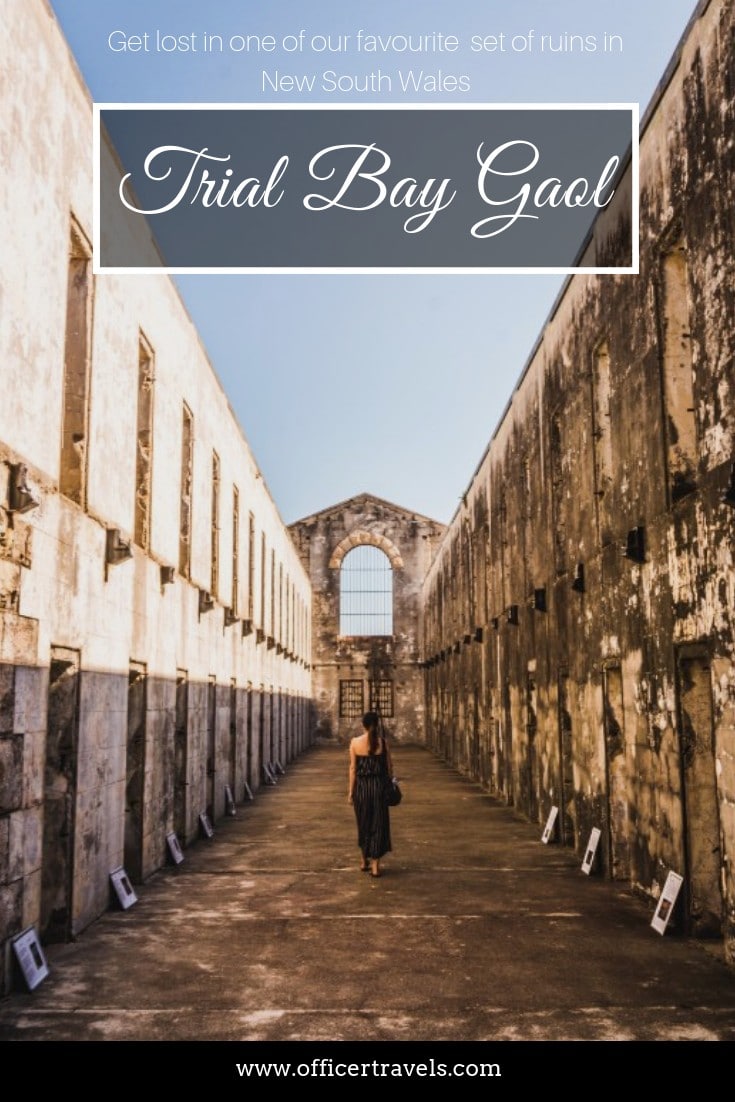 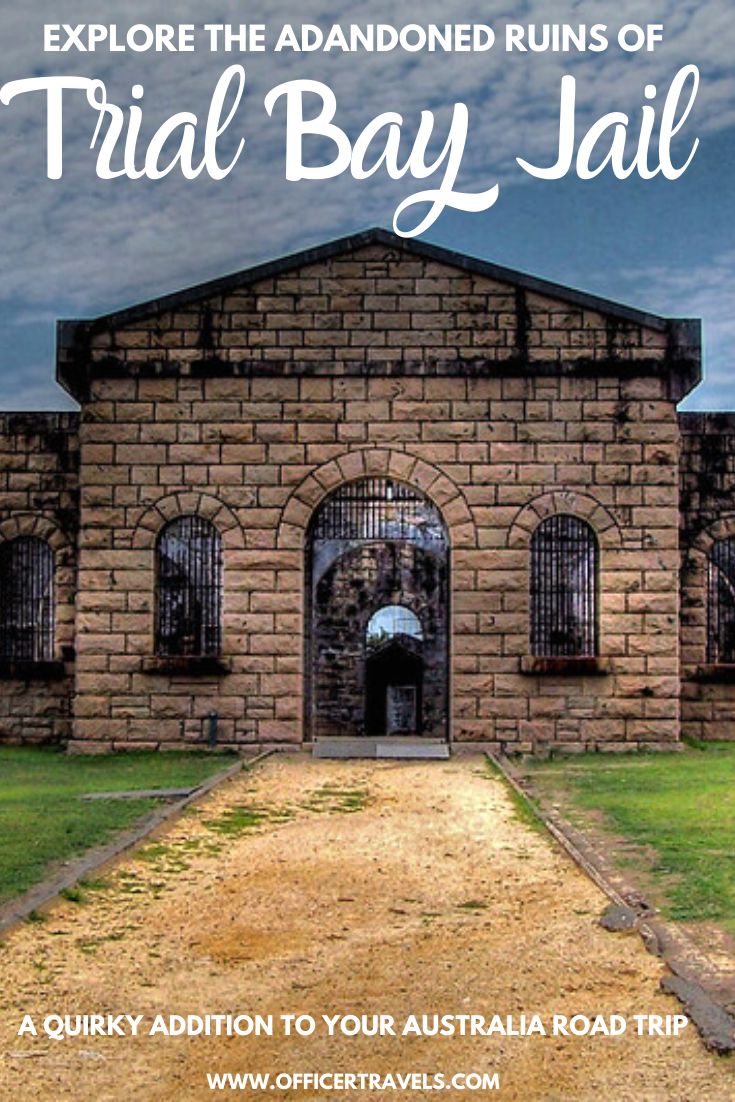 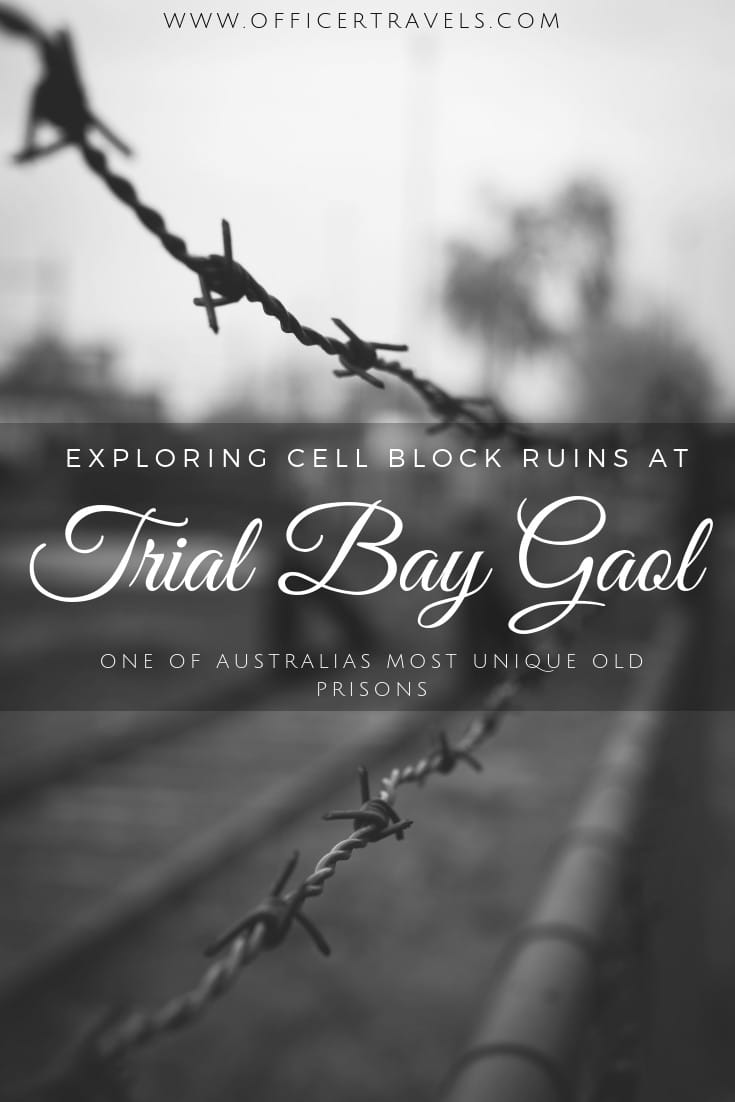 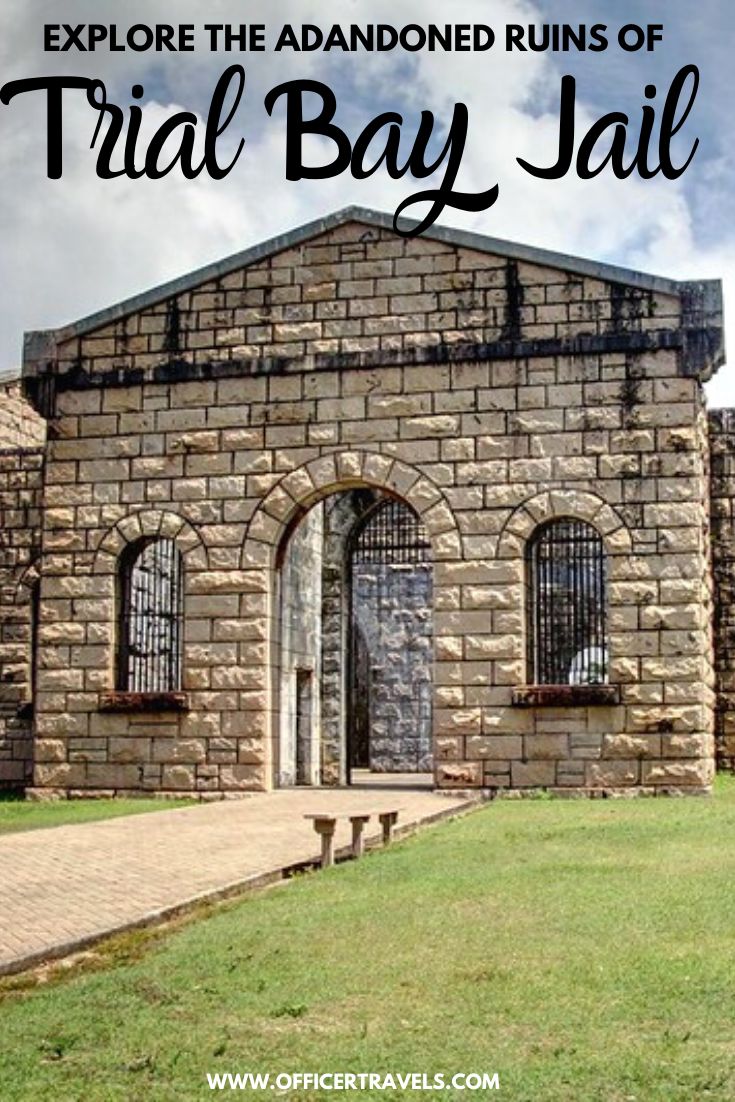