How to make the most of your limited time there

Before we’d even booked our flights to Australia, Adelaide was on our radar. We’d seen it on TV and the city looked beautiful. We knew it wasn’t a huge city, just a tiny crumb compared to Melbourne, but we were adamant to see what it was all about. Almost everyone we met once in Aus was confused by our travel plans, one local even joked that he’s been to Adelaide once and it was closed! It seemed not many Melbournians were overly fond of the place, but this only added to our curiosity. Due to work commitments (And unforeseen weather issues!) our visit to Adelaide would only ever going to be a flying one, so here’s a rundown on how to spend 48 hours in Adelaide. 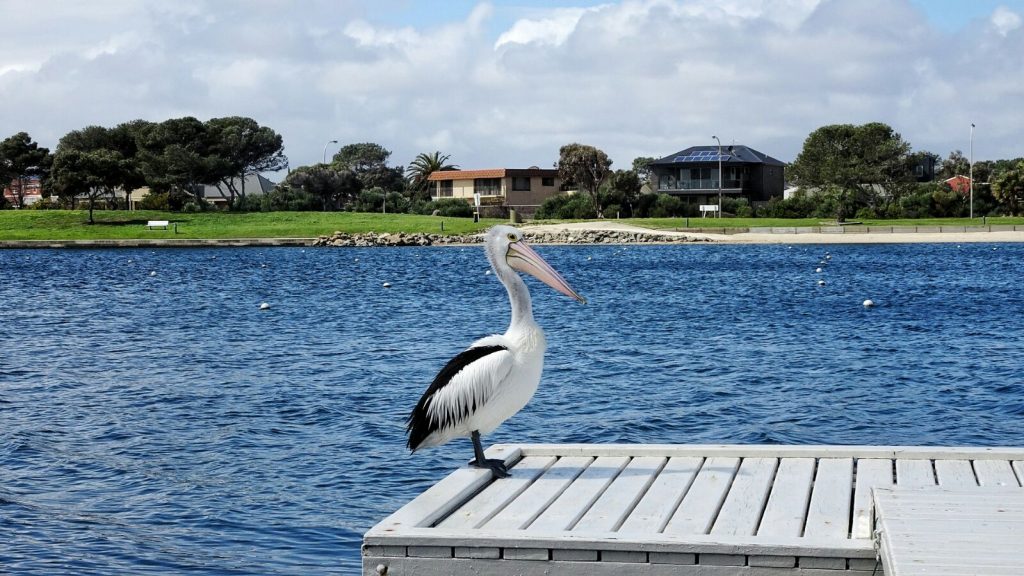 Once we crossed the border into South Australia, the weather seemed to only get worse. It didn’t matter too much, we’re not afraid of a bit of rain. Luckily, by the time we hit West Lakes at midday the sun was fighting its way through the clouds. West Lakes is quite a walk from the city centre, so we headed towards the nearest bus stop and grabbed ourselves a Metro Day pass ($10.20 each gives you access to all trains/trams/buses from 6 am – 4 am). One thing that got me excited for Adelaide was the huge amount of wild pelicans just sat relaxing on the waterways. We had parked right near a sports lake, meaning on the walk to the bus we saw loads; and they’re not afraid, they won’t move away as you get closer, they’re certainly not shy about begging the fishermen for their catch either! 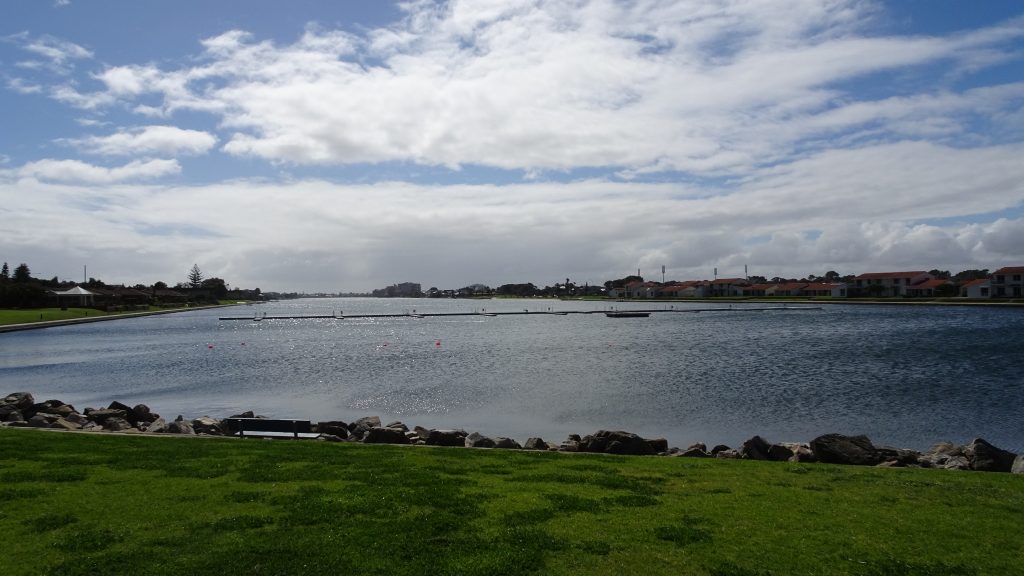 The bus from West Lakes took about 45 minutes but from our final stop, it was just a short walk to the city centre garden. This is literally the heart of the city, standing here made us realise Adelaide really was tiny: Peppered with around 5 tall buildings it’s a  whole world away from the skyscrapers that crowd Melbourne, and even London back home. What gives Adelaide it’s homey feeling for us though is the amount of cute English style old buildings, most are still in great condition too! Seeing the old buildings standing strong next to the new modern ones gives this city a real edge, there might not be much going on in Adelaide, but if your a photo enthusiast there’s sure a lot to snap. Living near places like Lincoln cathedral and Rufford Abbey in England most of our lives we love finding interesting architecture.

Get lost in the Market

After exploring the old buildings and grabbing a cheap lunch from a nearby cafe we headed to Adelaide Central Market. These are always one of our first stops in a new place; they’re a good starting point to help you get a feel for the locals and discover new local produce. ACM is a very modest market, dealing with mainly food products, but there’s still a lot going on here. Try some of the local cheeses, or maybe a different mix of coffee. Fresh fruit and veg are always super cheap at these places too although… confession time… while we always remember to check them out from a tourist point of view… we always forget to visit when it’s time to do the weekly shop. We could probably save ourselves a fair wack if we did! Our highlight for ACM would be the dried meats stall, Dec loves a good bit of chorizo so the samples went down a treat here. One called ‘bum burner’ was very tempting, but it may not have mixed well with us living in a van ?

Adelaide Central Market backs onto China Town which, like everything in this tiny city, is very small. However, if you like walking the streets window shopping and smelling the sweet smell of Chinese spices; this place is for you. Once done here we got the bus back to West Lakes and drove to Port Adelaide where we parked up for the night. 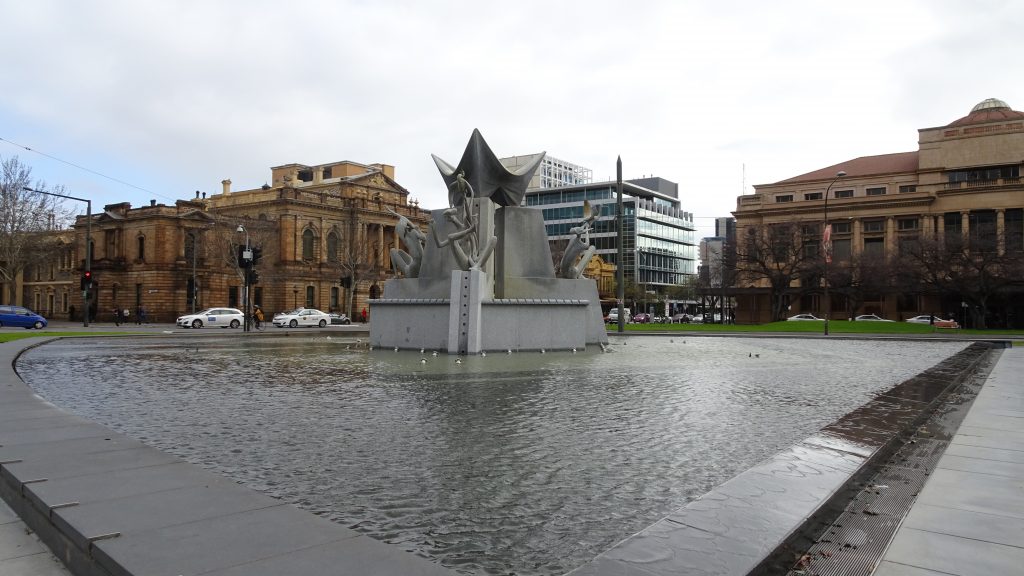 How To Extend Your Australian Working Holiday Visa

Did you know Adelaide is home to the only species of Dolphins who have made inland waterways their home? That’s right! Dolphins in Australia. Well, we didn’t either, but as luck would have it we were parked near to where they have been spotted all year round, so first thing in the morning we took a stroll to Port Adelaide waters to see if we could spot any of these intelligent animals for ourselves. Unfortunately I think we hit a bad day as we saw zero, BUT if your ever in the area and have the patience to wait, head for the port and grab a good spot, there’s no rhyme or reason to where they’ll pop up so as with all wildlife there are no guarantees, but you never know! You might be luckier than us – failing that there’s also plenty of companies who organise boat trips to popular spots just off the coast if you want a higher chance of seeing them and have the money to spend. 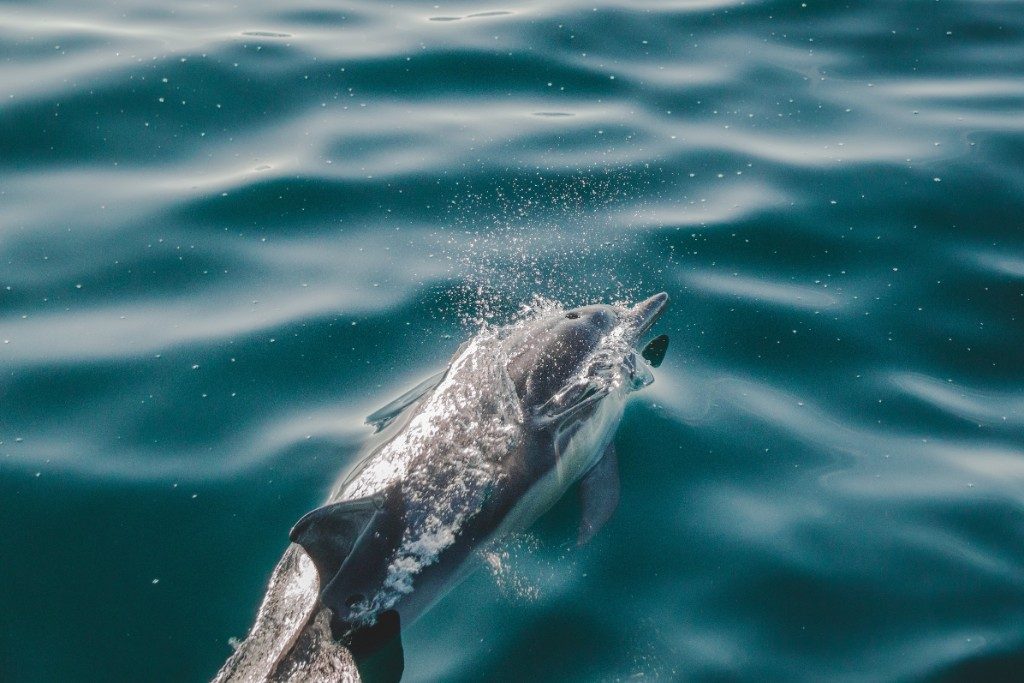 Our next stop for the day was West Terrace Cemetery. We parked up at South Terrace Park, so it was about 30 minutes walk from there, the weather was good though so we didn’t bother with public transport. Walking around a graveyard is perhaps not for everyone, but WTC is the resting home to hundreds of influential people from the colonial days, as well as a small percentage of the Australian WW2 vets. There are two options for experiencing West Terrace Cemetery, a self-guided tour; which is what we chose, or you can do an after-hours ghost walk with a tour group. Although the ghost walk sounded amazing, we were in the market for free things to do and this fitted perfectly. (We had already picked up our map for the self-guided tour at Adelaide Central Market, but there are some located at the visitor centre at the main entrance.) Like every cemetery, there’s an eerie feeling hanging over WTC; and this doesn’t go away the more you learn about the people here. From young men who died during WW2, to women who put their lives at risk for the rights of others, there’s a lot of history to be learned here and it was probably the highlight of our stay in Adelaide!

We spent the rest of the afternoon checking out the local shops. There aren’t really many in the CBD, but on the main stretch of stores are a couple of old shopping malls, again with really pretty interiors. Adelaide Arcade is by far the cutest, and has some really uniques little stores inside too; resisting the urge to spend $$$$’s on one of the vintage style jointed teddy bears was so hard! By now we were tired, and the weather had taken a huge turn for the worse so we headed back to the van to begin our next, and final leg of the road trip but had we have felt like it there’s also a free walking tour of the city that takes you around all of the old buildings and gives you a bit of history on it all; we just prefer to explore on our own at our own pace. 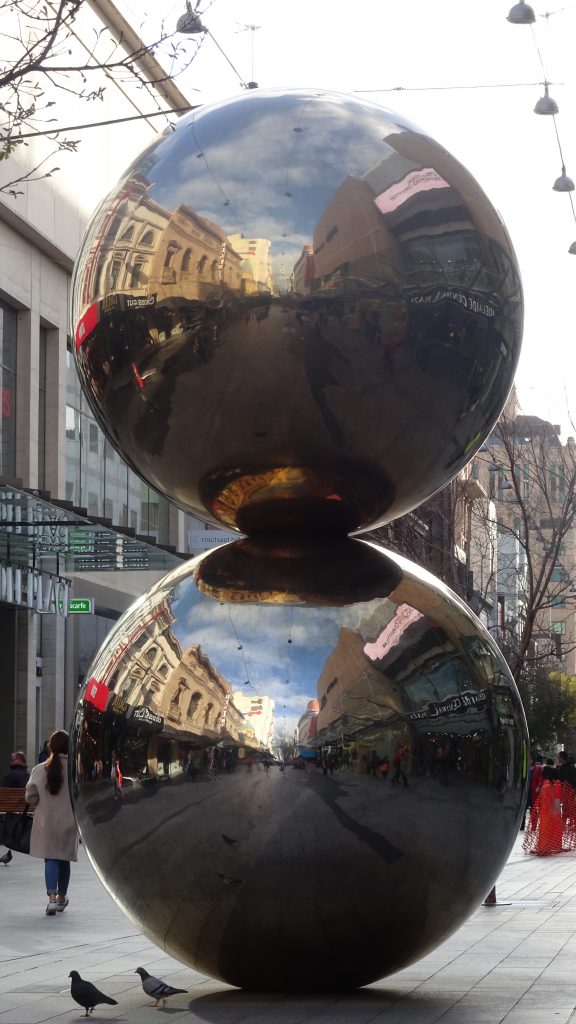 We know there’s a lot more to see in Adelaide if you’re willing to spend the pennies, but we wanted to see what we could do for as little as possible. We’re pleased we ignored everyone else and went anyway, but I think next time we’ll spend more time exploring its suburbs than the city itself. If your curious though, here’s a quick list of what you could spend your pennies on in Adelaide: 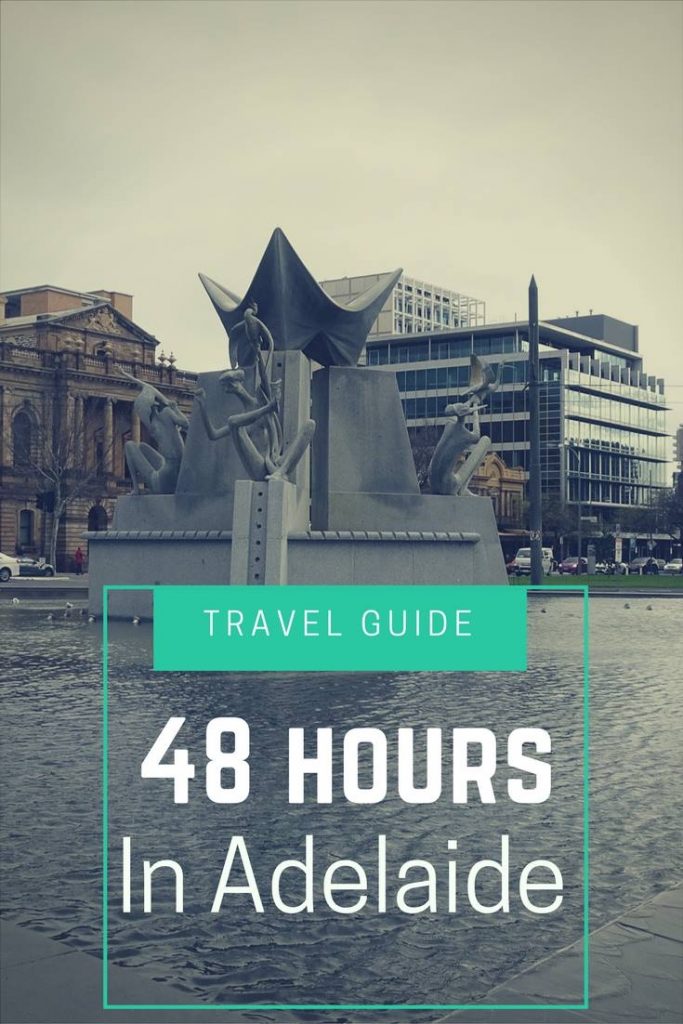