A Self Guided Weekend at Cape Tribulation!

See the Far North without a tour

While we were living in Cairns, we knew we wanted to visit Cape Tribulation, it’s the furthest North you can go in a 2WD and that seemed like a nice way to end our East Coast journey. You’ll know by now that we’re not big lovers of tours so our plans revolved largely on us being our own tour guides. It turns out, you can cram a lot into a self-guided weekend in Cape Tribulation! 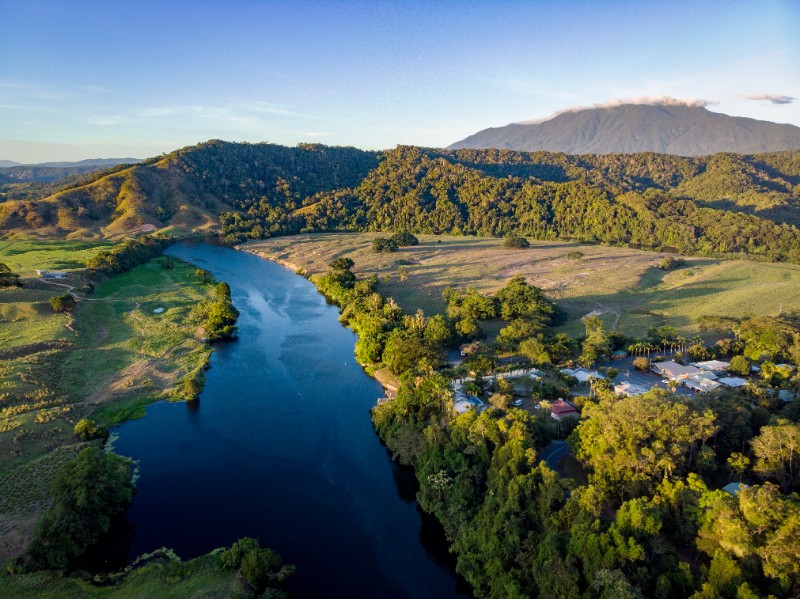 Places to see between Cairns to Cape Tribulation

The drive from Cairns to Cape Tribulation is worthy of a road trip of its own! You’d think after driving from Melbourne to Cairns in the last year, we’d be used to how quickly the landscape changes here but it gets us every time. The road from Cairns to Cape Trib rivals that of the Great Ocean Road, it bends through the rainforest and towers over the beaches giving you views out over crystal clear waters to your right and magnificent ancient trees to the left. 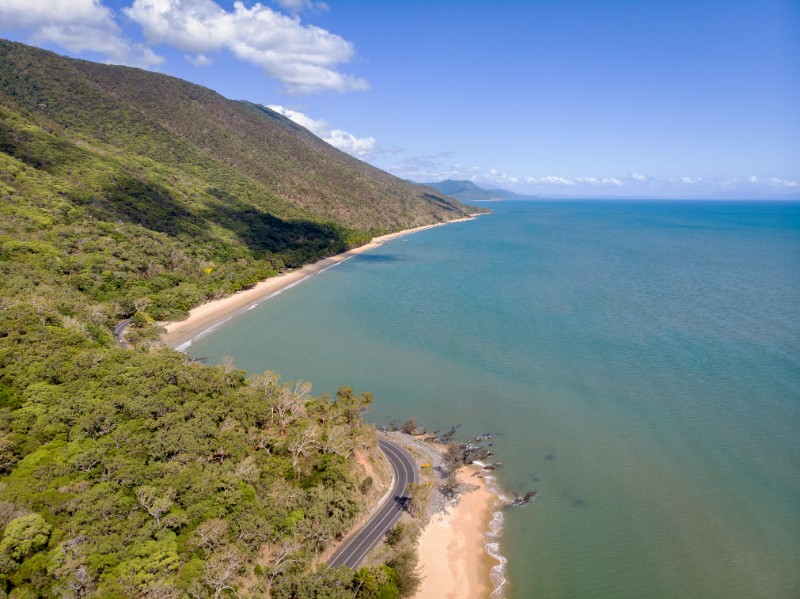 There are a couple of must see’s between Cairns and Cape Tribulation, one of which is the Gatz Balancing Rocks, just after Palm Cove. This is an ‘art installation’ on the beach that features hundreds of rock piles across the beach when they fall tourists rebuild them or add their own to the collection. We’re usually against the creation of rock piles, you see them all the time in rivers and we often put them back flat so fish can hide in them. So seeing the Gatz rock piles was a mixed bag of feelings, it’s impressive but I can’t help wonder where all the rocks came from and who’s home was moved in the process. 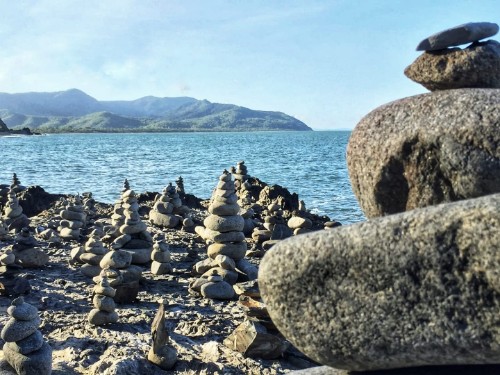 Another place to visit either on the way to Cape Tribulation or back to Cairns is Port Douglas. This small little fishing village is a popular spot for Aussie families looking for a coastal break and I can see why! Not only is it stunning but it’s streets are lined with little boutique shops and hip cafes, almost too many to choose from. We wished we’d given it a day of its own, instead of just nipping in for lunch on the way back to Cairns so if you have the time, add a day to your trip for Port Douglas.

Want to know more about this cute little town? Here’s your essential guide to Port Douglas!

We’re in the (bad?) habit of not really researching tour trips too much before we go, so it’s thanks to a local that we found out about crossing the river before we got to the ferry crossing. It hadn’t occurred to me that the Daintree River almost splits the north peninsular off from the mainland so the only way to get to Cape Trib, without a massive detour, around is by ferry.

The ferry across is $16 one way or $28 for an open-ended return. It’s only a tiny crossing so you’re not allowed to exit your vehicle. Oh, and the Daintree River is full of saltwater crocodiles so we’ve officially crossed a croc-infested river in our car. 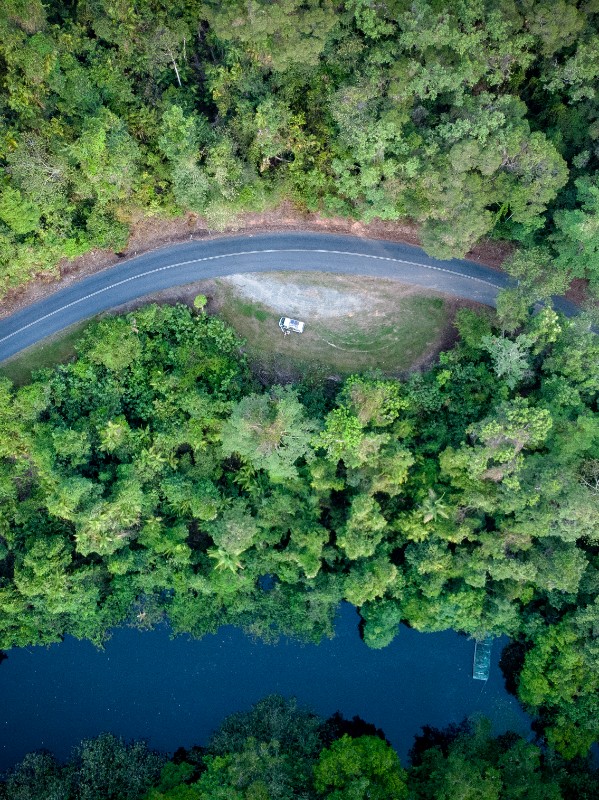 Our first official stop of the trip was at Alexandra Lookout. On the way up there was a real sense of wonder around us. The Daintree Rainforest is one of the oldest continuously surviving rainforests in the world which is part of the reason it has UNESCO world heritage status. Being in amongst these massive trees, knowing they could have been around when the dinosaurs were was a feeling like no other. Once you get to Alexandra Lookout, that feeling is only amplified.

It’s like looking into a snow globe, only there’s no snow. You know, like you’re looking in on a whole new world that doesn’t know you’re there? Through the trees you can see the islands scattered out in the ocean, the patches off reef as they crawl their way to shore and of course, you can see where the rainforest meets the ocean.

Here’s another of our favourite UNESCO sites; Fraser Island 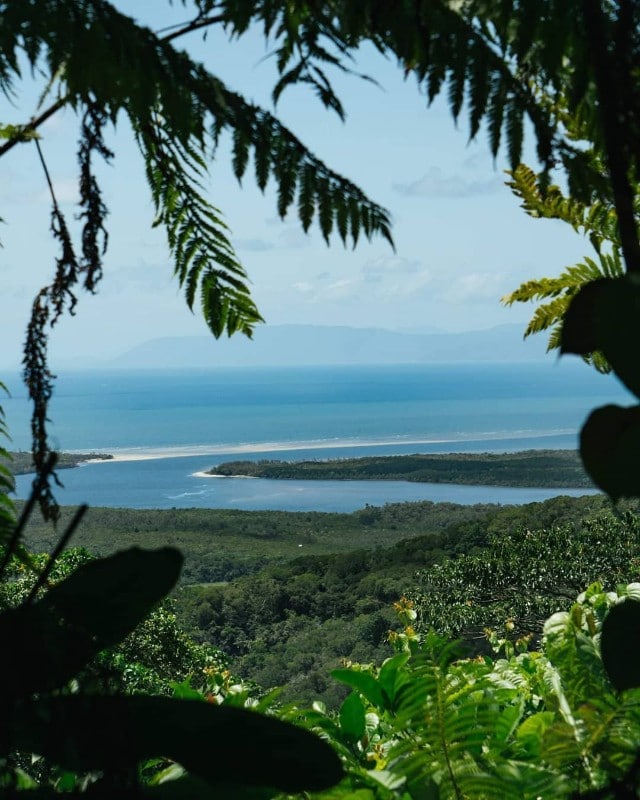 If there’s one thing Cape Trib has plenty of, besides beaches, it’s boardwalks! The Jindalba Boardwalk is near the Daintree Discovery Centre and has two different walks, a short 700m one that’s great if you’re in a rush but still want a taste of the forest, or the 2.7km loop walk. We chose to go all in this time and we’re so glad we did. While we didn’t see Cassowary at any point during our weekend trip to Cape Tribulation, we’ve spoken to a few people who did and this boardwalk has been a popular sighting spot. The 2.7km Jindalba Boardwalk took us about an hour at a steady pace and lots of photo stops.

To find out where we did see wild cassowary, read our Brisbane to Cairns road trip itinerary 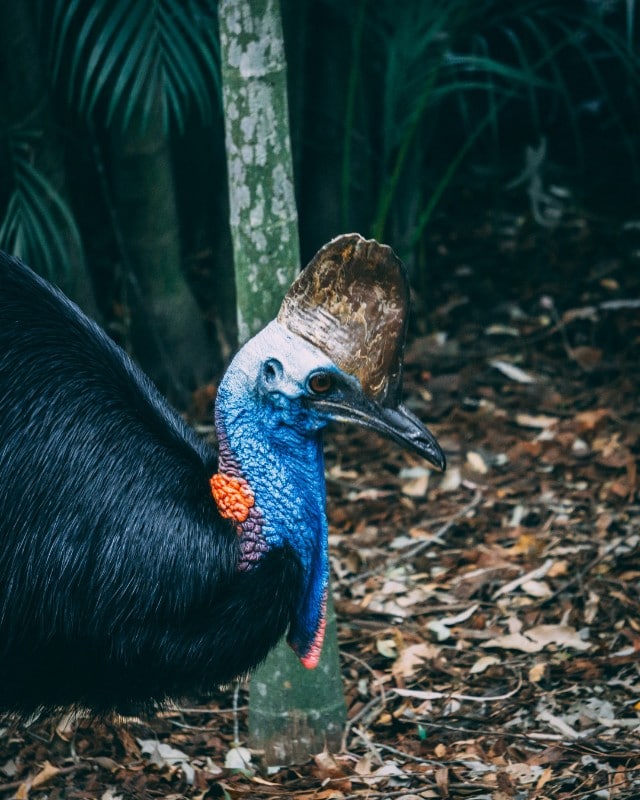 Reaching Cape Tribulation Beach felt like an achievement in our little old camper van. Having been all over the east coast many times before, it no doubt felt like familiar ground for her while we were lost in the magic that is the rainforest. Like with all beach in the Far North, it’s not advised you go near the water due to saltwater crocodiles and box jellyfish, so we were surprised to see a few ‘just paddling’.

The Cape Tribulation Beach is a long sweeping one with a high clip at one end, mangrove forest at the other and backed by the Daintree Rainforest. If you want to feel lost on a deserted island; this is where you come – if you can ignore the busload of tourists that might join you.

This is the furthest north you can get in a 2WD as the road from here to Cooktown is a dirt track and corrugated. Anyone with a 4wd can make it all the way north to Cape York

From the carpark for Cape Tribulation Beach, you can take a short walk up the cliff to Kulki Lookout for a view out over the bay. After Alexandra Lookout, this vantage point left us a little underwhelmed though. However, I imagine it has a whole different feel to it at high tide when the mangroves below the platform are flooded. 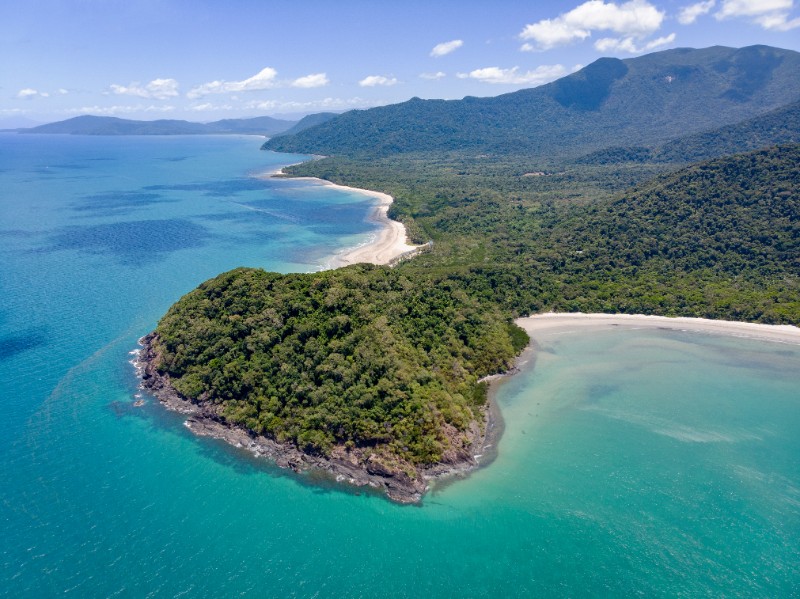 As I said, Cape Trib has its fair share of Boardwalks. This one loops through the mangrove forests and down to Myall Beach, from here there’s a straight track back to the car park. If you’re stealthy enough, the Dubuji Boardwalk will show you freshwater turtles, mud crab and a whole host of birdlife. There are information boards scattered along the path that gives you a bit of history about the mangroves and explains how they’re formed as well as who you might see along the way.

There are so many beaches on the North Peninsular that almost every little road leads to another beautiful beach at Cape Tribulation. Make sure Pebble Beach is one you don’t miss. I’ve seen stone beaches, Coral beaches, beaches that are almost gravel like and of course pure white sand beaches but I’ve never seen a beach that is completely made up of pebbles. What makes Cape Tribulations Pebble Beach even more unique though is the bays that sit either side of it are just normal sand beaches… mind. BLOWN.

If you appreciate the small things in life, you’ll love pebble beach. 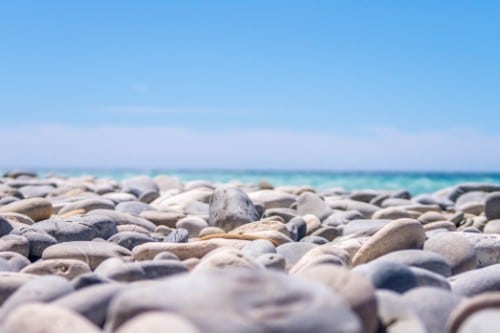 There’s a limited amount of options when it comes to camping at Cape Tribulation and unfortunately, there are no free camp spots this far north, which is understandable. There are, however, some really beautiful places to camp at Cape Tribulation including two spots that are right on the beach!

Pk’s Jungle Village camping is probably the most popular choice for camping at Cape Tribulation. It’s a hive of activity as it’s not only a campsite but an information centre, cafe, bar and fuel station. It’s pretty central to most of the activities in Cape Tribulation too and if you’re planning on doing any guided tours while you’re up there, this is likely where they start from.

Due to the bar on site, it does tend to get a little noisy at night here. Something to consider if you’re looking for a quiet night in the rainforest

Just over the road from PK’s is Safari Lodge campsite. This is more set up for RV’s and bigger rigs with bigger camping pitches and more facilities. It’s a little more out of ‘town’ but that offers a more peaceful nights sleep and possibly a more authentic jungle experience. 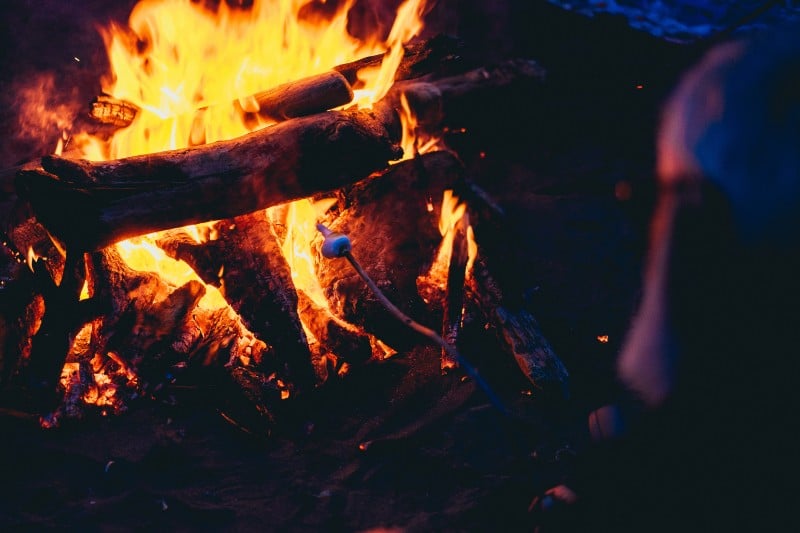 Toilets, no wifi, no phone signal.

Noah’s Beach is by far the most budget friendly of all the camping options at Cape Tribulation. Because of its extremely low price, you’ll not be surprised to hear that this is a pretty basic site with very limited facilities (just toilets). It is, however, the best option for those looking to camp at Cape Tribulation for as cheap as possible. The sites here are right near the beach and rivals the views of other campsites in the area.

Like with all National Park campsites, you’ll need to book online (if it’s peak season, you’ll have to do this in advance, if it’s not you could risk booking it the day you arrive) and keep hold of your booking reference then get there early to find a nice spot!

Just in case you fancy something a little different to camping or sleeping in your van, there’s always Air B+B! You’ll find loads of unique hotel options here and while they’re not exactly ‘budget friendly’, we love the idea of staying in a treehouse in the middle of the worlds oldest rainforest.

With our signup discount you could save yourself $55 on your first stay. All you need to do is sign up to Air B+B

Getting to Cape Tribulation with a 2wd was one of our biggest goals while in Australia, sure we were restricted on where we could go but we still got an amazing feel for the worlds oldest rainforest and the options for Camping at Cape Tribulation were a lot better than we’d antisipated. If you’re thinking about doing a self-guided trip to Cape Tribulation, we’d love to hear about your plans! Drop us a comment below or join in the chat over on Facebook or Instagram. 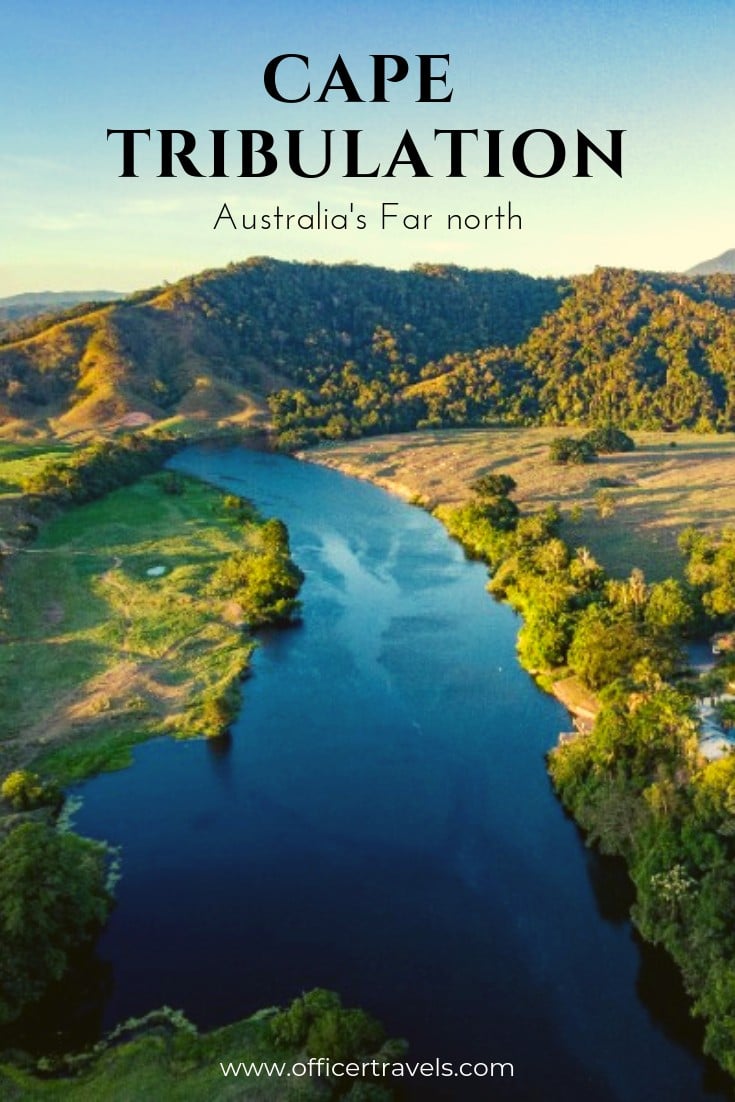 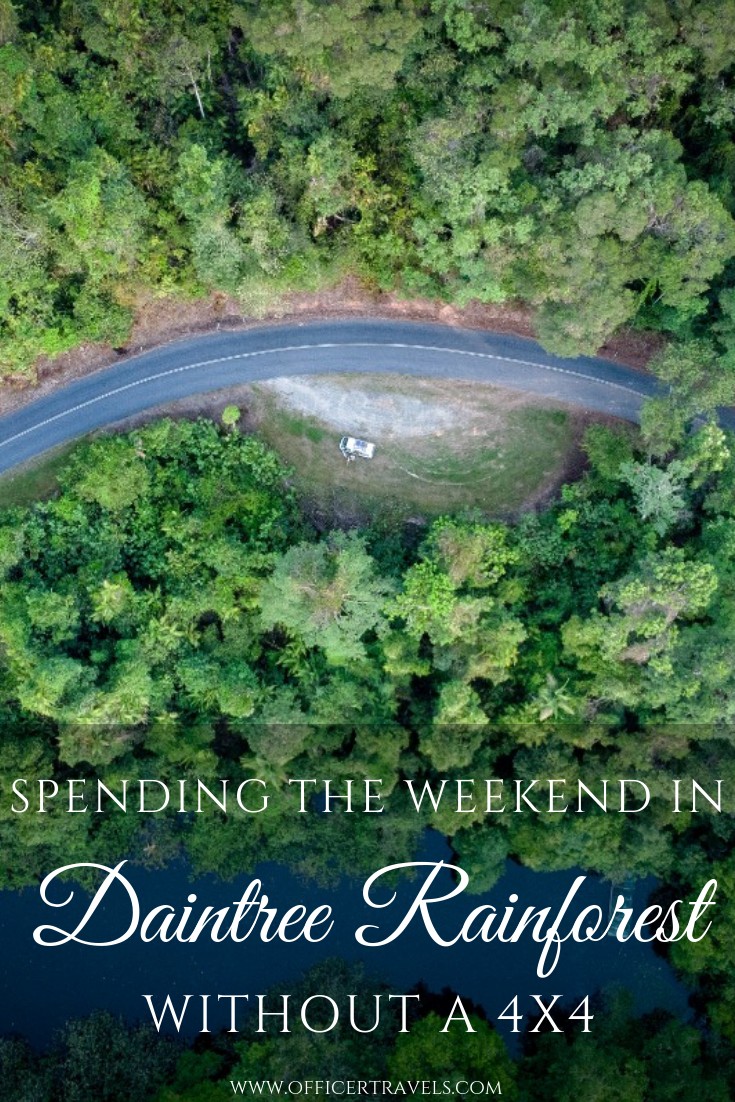 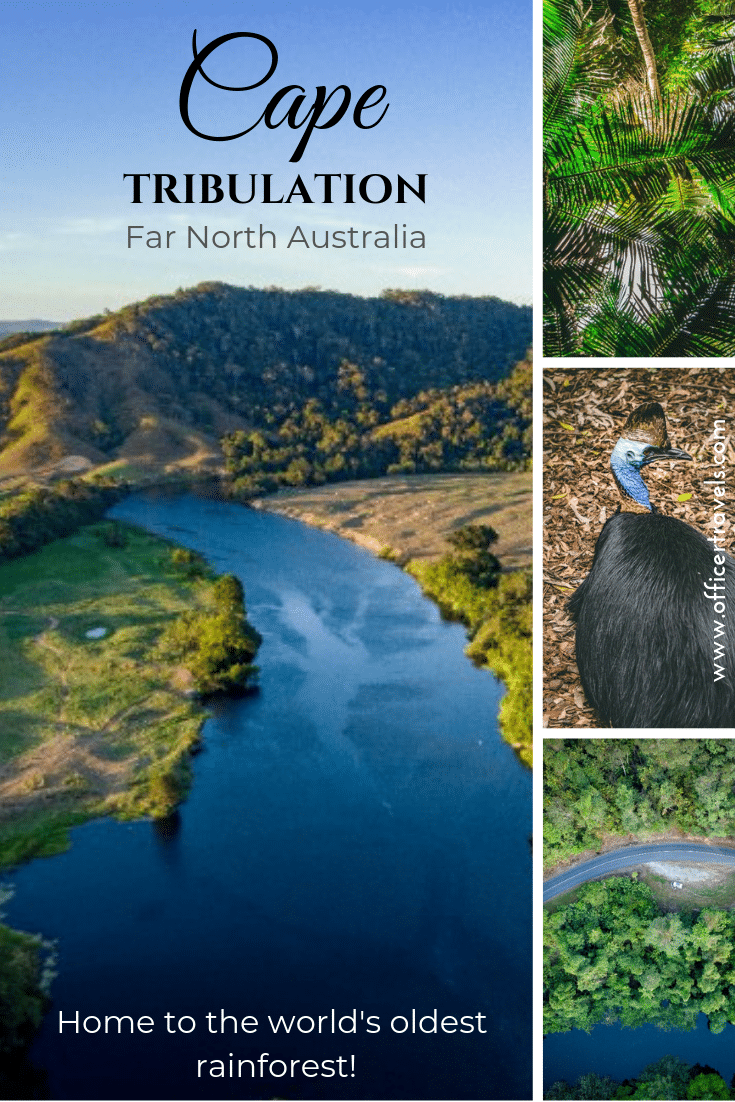