Everyone expects Australia to be so packed full of wildlife that you’ll be seeing Roos and Koalas as soon as you get off the plane. Well, sorry, that isn’t the case, unfortunately. We were in Melbourne for 2 months, and the most exciting thing we saw the entire time we were there was probably a Possum… Our first possum that, not gonna lie, we at first thought was a Koala… Spot the tourist eh! 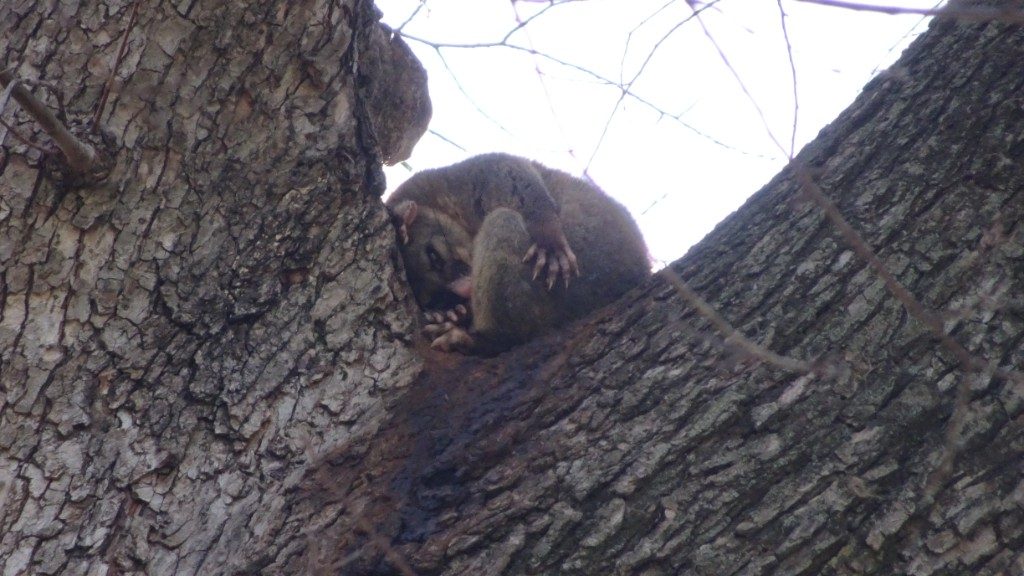 Fear not though!! A self-drive ‘The Great Ocean Road tour’ will make it possible for you to see all the token Aussie wildlife you expect to see here – and more!! When we decided to leave Melbourne for Adelaide, we knew we wanted to make the most of our trip. That’s where the mega mini road trip was born;

It would take us up the entire South East coast between Melbourne Adelaide, with a minor detour to The Grampians National Park. We gave ourselves a week, although in retrospect we could have maybe done with a little longer, perhaps maybe 10 days, so we could fully explore The Grampians; more on why later. We knew the likelihood of us seeing kangaroos were high once we got out of the city limits, but we never imagined what else we would stumble across!

This post may contain affiliate links. This means if you choose to make a purchase from a site we’ve linked to, we make a small commision at no extra cost to you. This helps support our website and keeps the content flowing, so thank you!

Our first Wildlife encounter along The Great Ocean Road happened in Lorne.

We had stopped off for some lunch with a beach view and was joined by maybe 15 Australian Magpies. Now, we’d seen these all over Melbourne, they were nothing new, but it seemed the local ones here were that used to people they were not afraid to get close… so close even, Dec had one attempt to snatch some chocolate out of his hands.

Kookaburra and Cockatoo’s joined us for lunch too, one bold Cockatoo here has even learnt how to open the bin lid to forage for scraps! It was great to see wild birds so close in their natural habitat; although it would have been better if we didn’t have to hide our food from them haha. 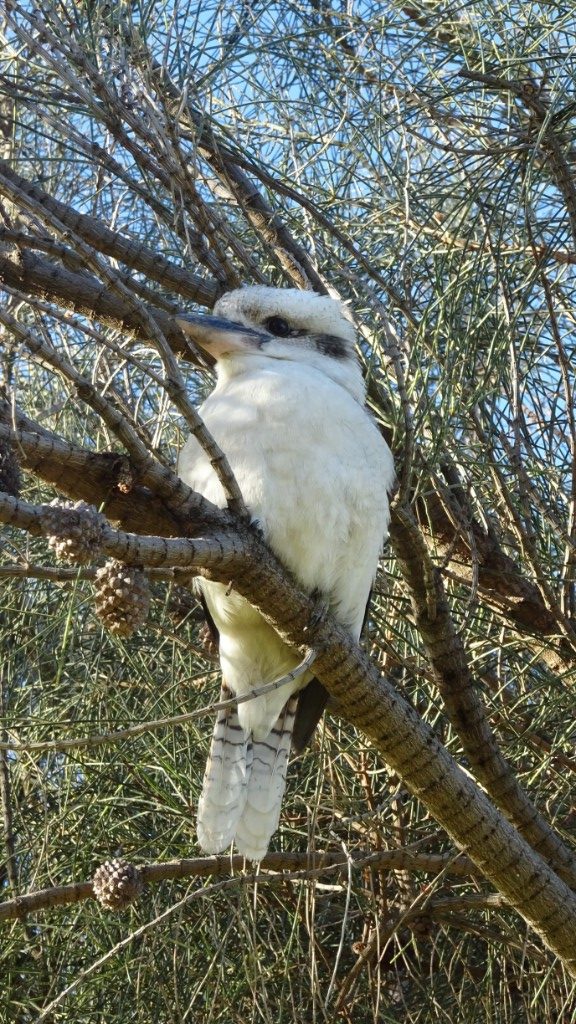 The views along this section of The Great Ocean Road were amazing, and we were blessed with some fantastic weather.

If you haven’t seen wild Koala by the time you get to this area, you really must visit Kennet River. We only happened upon this small town as it had a lovely overnight spot for us right by the sea.

There’s a street at the front of Kennet River which seems to be where the tour buses stop for a break, and to let the tourists put their hand to a bit of Koala spotting; there were two buses leaving as we got here so luckily we had the street all to ourselves.

As luck would have it we spotted one within a few minutes of arriving, chilling right up in the Trees. We came back the following morning before the buses arrived and spent an hour walking up the street searching; this time we found four!! You have to be patient. Look for poop on the floor and fur in the forks of the trees. Sometimes they’re not as high up as you’d imagine though!

One made us jump when we were looking up high by being almost at eye level in the next tree across!! We could have stayed for hours just watching them, they’re so calm and obviously used to being stared at. We recommend going early morning/evening as that’s when there are little to no other tourists about. 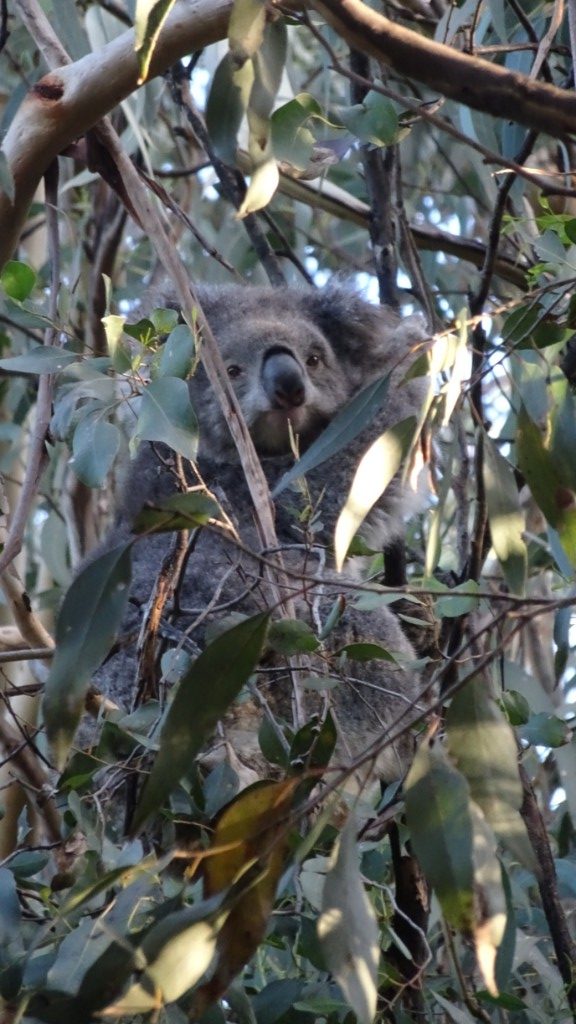 Somewhere between Apollo Bay and the 12 apostles was where we got our first shock encounter. Driving past some wetland as we wound our way through the tree’s I happened to glance across the road to the water and almost screamed in excitement!

I made Dec turn around and pull onto the verge hoping the animal was still there.. and sure enough….. Wild Pelican, fishing on the flooded land. I never imagined to see Pelican this far south, so to just stumble upon on like this really made our day.

They’re a lot bigger than we thought too! We took some quick snaps and let him be, daylight was fast leaving us and we wanted to see the famous 12 Apostles before it got dark. 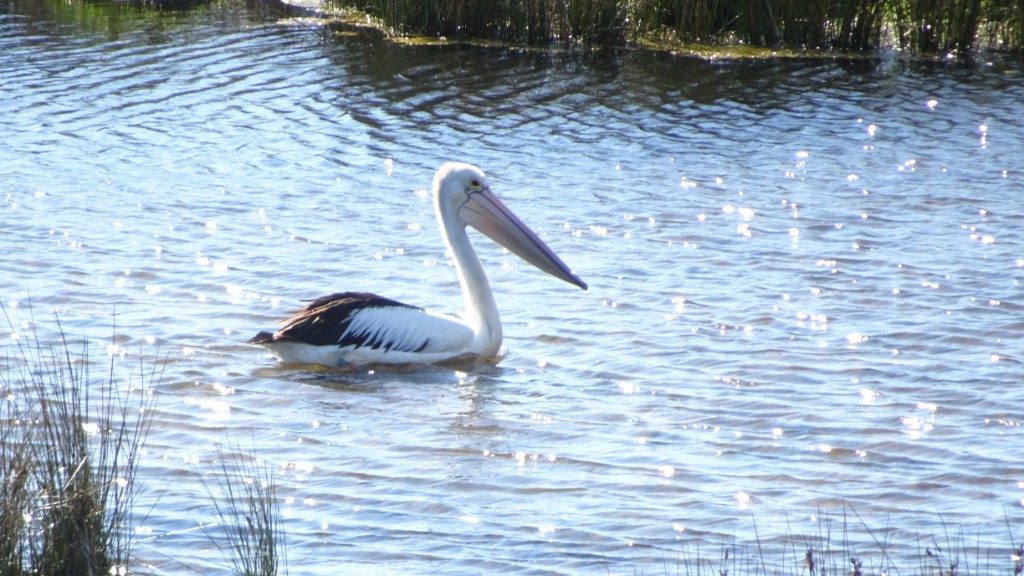 Before we reached The 12 Apostles, and our rest spot for the night, we stopped off at Cape Otway.

This proved to have some awesome rock pooling opportunities. The specific beach we explored was called ‘Crayfish Beach’, aptly named due to the vast amount of crayfish shells washed up on the shore.

The tide was out, leaving behind some nice rock formations filled with water. It wasn’t long before we found starfish, sea anemone and a possible sighting of a sea snake! We’re like children when we find things like this, hunting under rocks and looking for an alien like life but nothing else emerged from the depths.

Do you like spotting australian wildlife? We’ve done a round up post on all the best spots to find the Australian Classics here!! 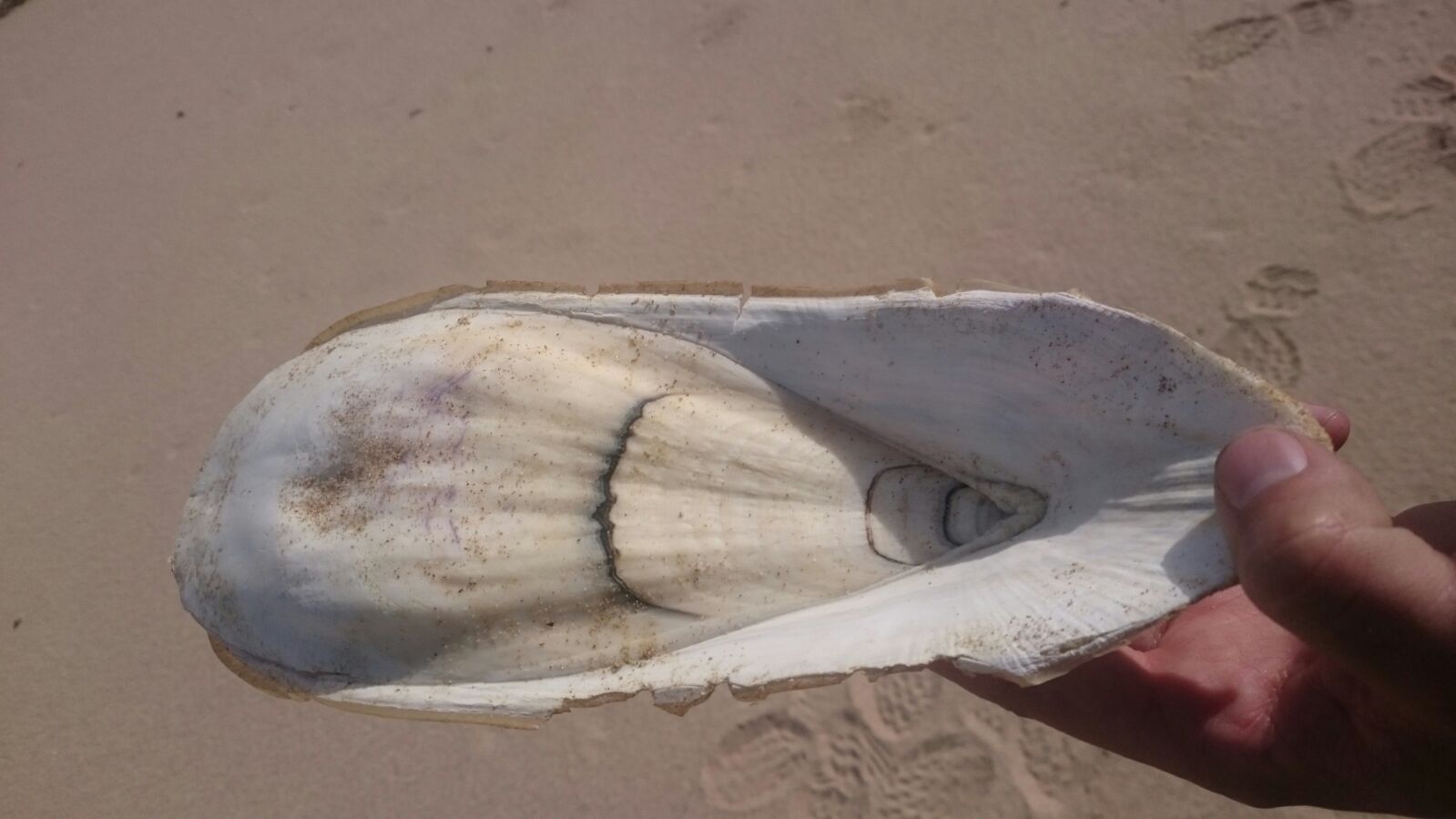 The following day we left The Island Archways, the weather wasn’t great so we planned to go straight through Warrnambool and head up towards the Grampians, but as is the way with our unplanned travels we ended up taking a diversion after seeing a sign that simply said ‘Logan Whale Nursery’… confused, and a little bit (a lot) intrigued we headed into Warrnambool for our next surprise.

It just so happens, Warrnambool is home to Logan’s Beach, and every year between June and September Southern Right Whales migrate to the shores here to have their babies.(!!!!) It was September 2nd… there was a very slim chance we’d see anything.

The car park was very quiet which suggested to us that we might have missed out this time. None the less, we headed up to the watching platform trying not to get too excited…

I could have cried. Right there, in front of us, was a mother Whale and her Calf.

It was possibly the most amazing thing I’ve seen, ever. I think we stood for about an hour watching them, we saw 3 in total. They were quite mellow, not moving much, just enjoying the waves, but they were there.

The baby at one point put on a mini show for us, lifting his fins up as if he was waving. We had to tear ourselves away and leave them to it, but I will never forget that feeling of complete awe. If you don’t manage to do the whole stretch of The Great Ocean Road, at the very least visit Logans Beach during calving season, it’s truly magical. 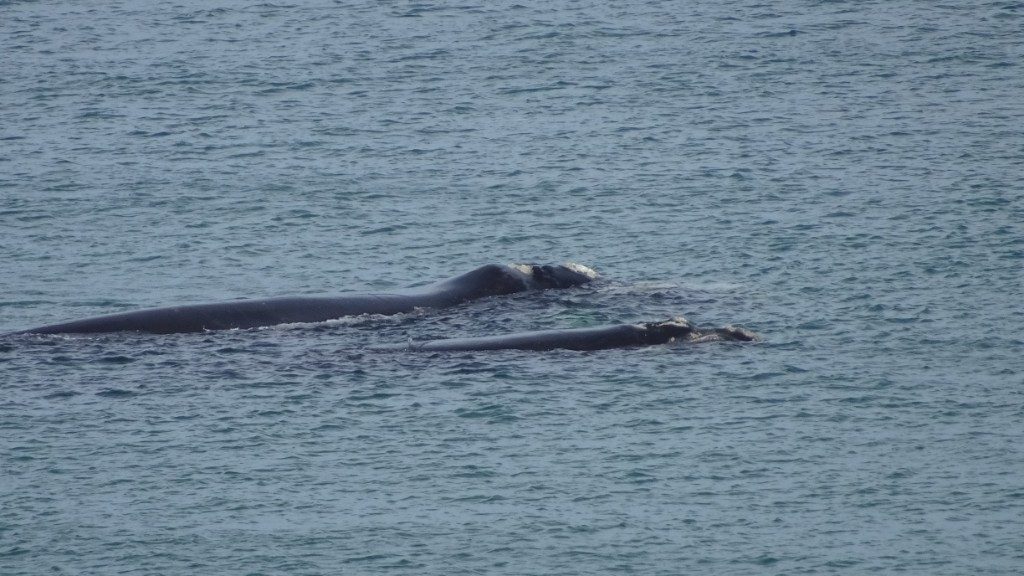 I knew whales were seen north, but as with the pelican we just never expected to see them down south and certainly not without some thorough planning. I didn’t think this could be topped, but what we would see at the Grampians would have Dec giggling like a kid.

For more places to see whales up the East Coast of Australia, check out our whale spotting post!!

Our trip through the Grampians was possibly the highlight of the entire road trip, the roads were windy and at some points, scary.

The higher you got, the more you began to realise that there was no railing at the side of the roads but the drive is so worth it. Somewhere along the way, we started spotting wild Roos.

Eastern Greys are slightly smaller than the renowned Red Kangaroos but it was still impressive seeing their mobs laid out in the fields, Joeys hanging out of the pouches munching grass. Unfortunately, though, this leads us to also spotting them dead on the side of the road. I’d read on wildlife pages it’s encouraged to check dead Kangaroo pouches for Joeys.

Every road we’d driven down has sign posts with a number for the local wildlife helpline should you find one, or any injured animal. Our first encounter with road kill pathed the way for a moment I’m sure Dec will never forget, and I’ll never forget the look on his face:

We’d turned the car around to go check on this huge, seemingly fresh dead Kangaroo we’d seen on the side of the road.

As we were getting close we obviously weren’t the only ones with eyes on the prize, only this majestic animal was wanting the Roo for dinner. A huge Wedge Tail Eagle swooped down from the trees across the road right in front of the van, so close we could see its beautiful patterns underneath its wings and its menacing claws.

The moment seemed to last for minutes, but watching the GoPro footage back it must have only been seconds; as the time-lapse failed to pick it up!! This was the biggest bird we’ve seen in flight, it’s wingspan impressive; it is, in fact, Australia’s largest bird of prey.

This wouldn’t be the only encounter we would have with these flying kings; A couple of day’s later we saw them again, stalking prey amongst a tree farm. 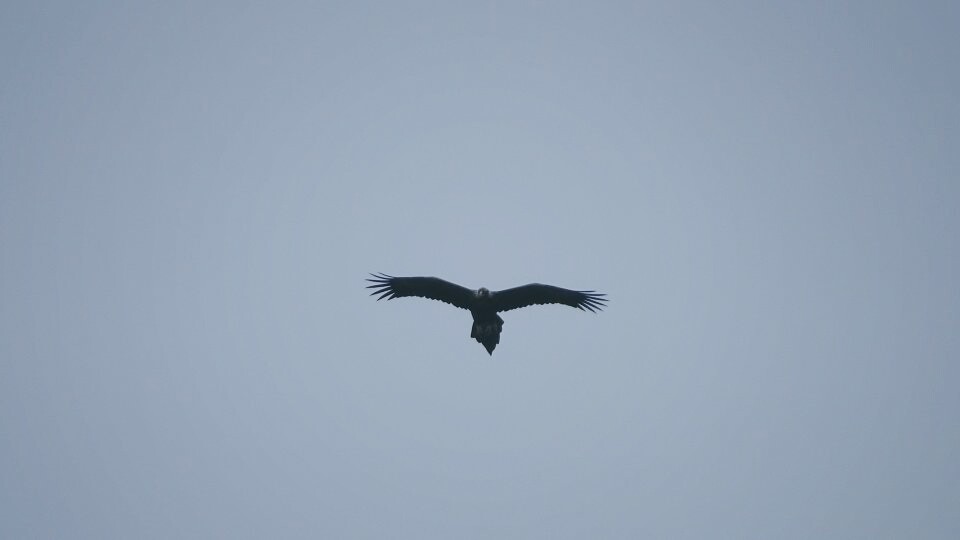 As our journey drew to an end, we were still high on what we had seen over the last few days.

You would have thought this would be it; we’d seen a lot whilst on The Great Ocean Road but there was more to come. Wild Emu joined the Roos on our way out of TGNP. Koalas were in almost every tree, but the final treat for the road trip was when we were nearing SA.

The weather was getting worse; a storm was brewing. We were ready to reach Adelaide but one final creature wanted to show its face to us, I’m so pleased it did! The Echidna. Australia’s answer to the English Hedgehog, not often seen in the wild due to its shy nature. It must have been heading back to its burrow seeking shelter from the storm because one moment it was there, the next, gone.

Nothing could prepare us for what this road trip would show us, we knew it would be amazing, and the memories will stay with us for years to come. If you ever do The Great Ocean Road; go off the beaten path a little bit, I can guarantee you’ll be rewarded in one way or another!! We’re just sorry we couldn’t spend longer at the Grampians, a storm was coming and up a mountain is the last place you want to be! If you’re like us and love wildlife, here are some other fantastic places you can spot some Aussie classics whilst on your travels!

What’s the most surprising wildlife you’ve stumbled across? Let us know in the comments! 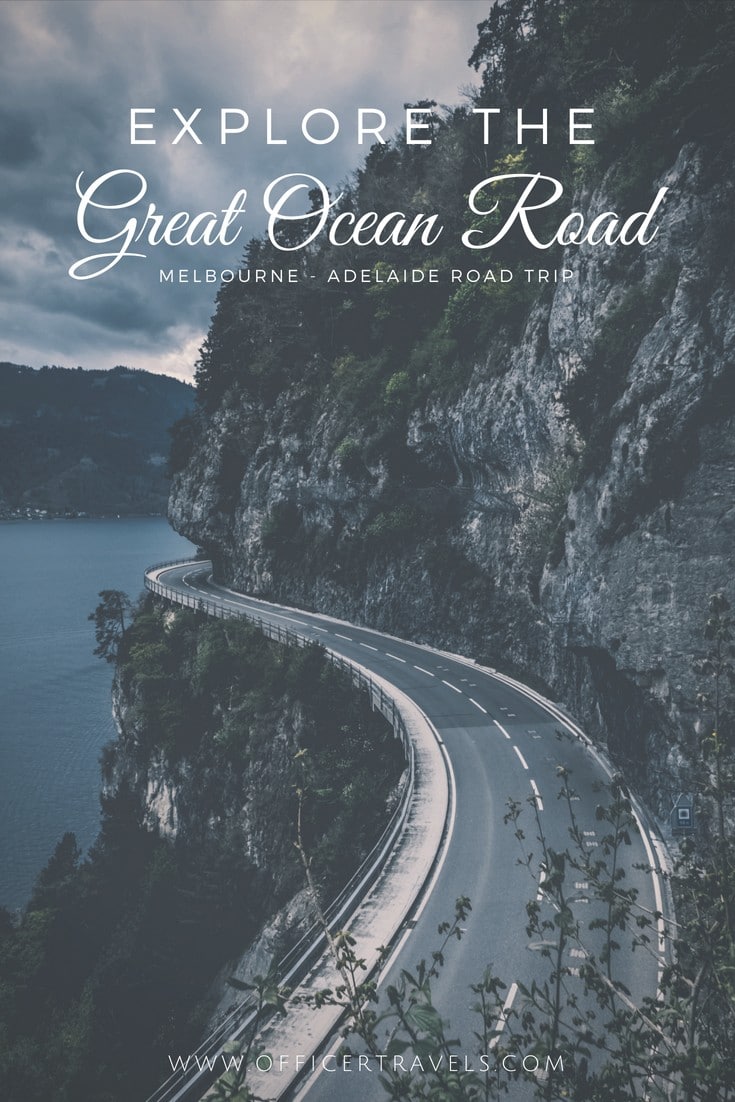 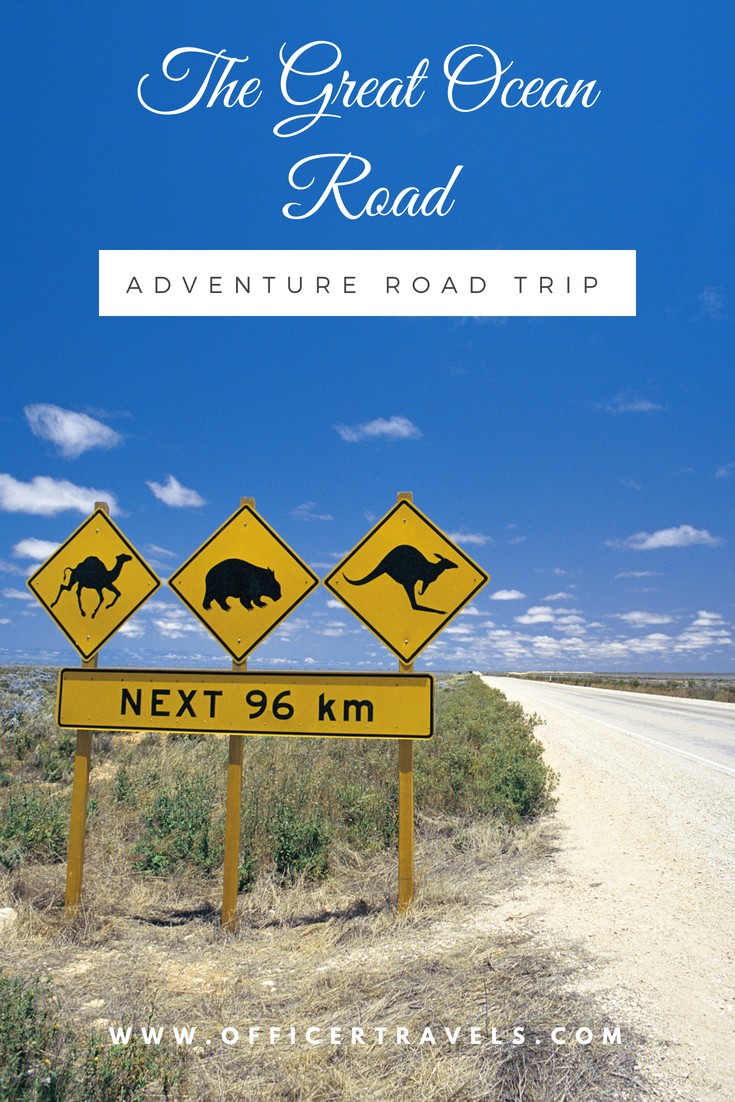 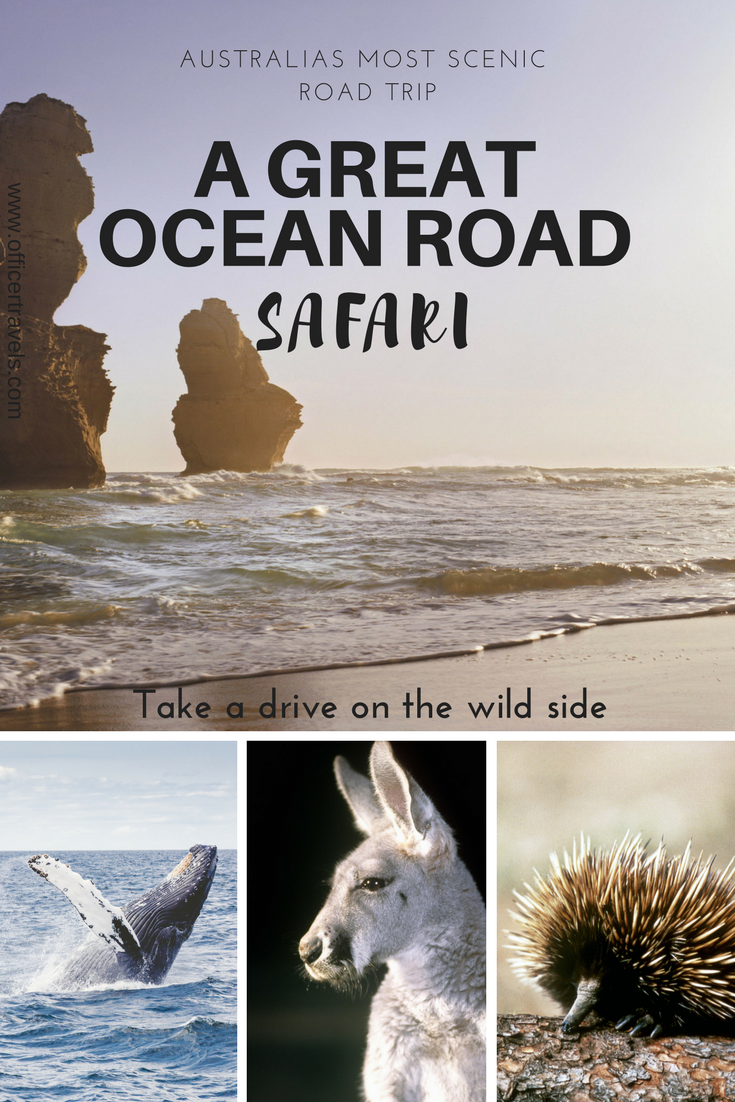