The Good, The Bad & The Ugly

Tucked away from the hustle and bustle of Queenstown, this small Kiwi town seems to have found the perfect balance between tranquillity and tourism. It’s a town that felt unstoppable and safe.

While the rest of the world spiralled out of control. Everyone living in New Zealand sat and watched the world fighting over pasta and toilet roll. Naively the nation had one united thought, ‘not us’.

I’ve been reluctant to write about Covid-19, lockdown and forced quarantine but we’re on week 3 of our 4-week lockdown and things are getting – interesting. 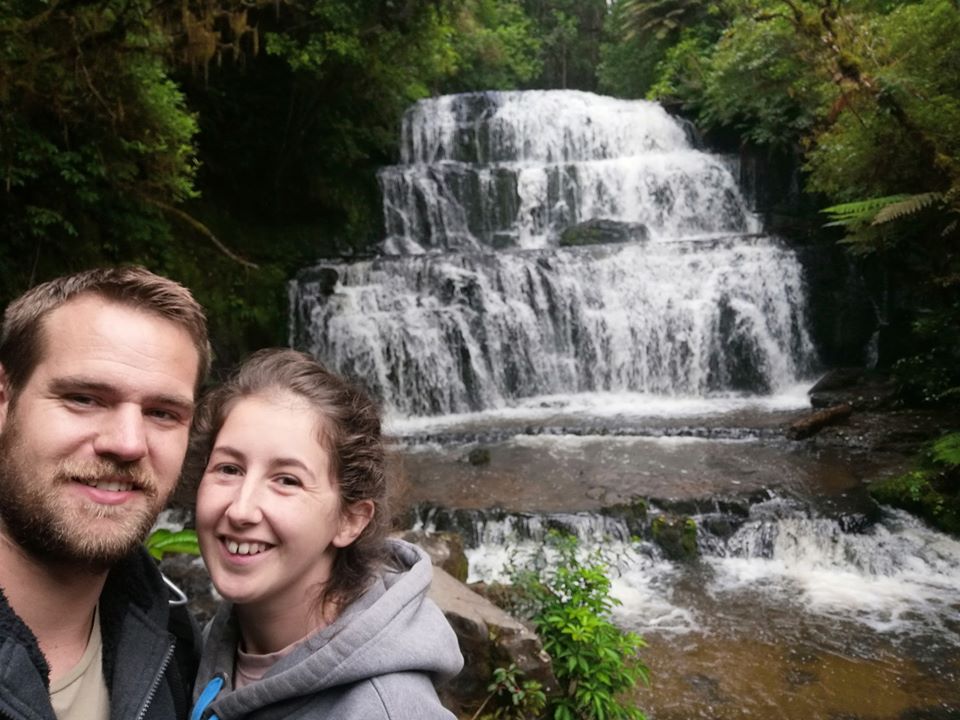 New Zealand has seen itself thrown into the spotlight this week for ‘crushing the curve’ but it’s yet to be seen if we’ll be coming out of our level 4 alert in a weeks time. Honestly, I doubt it.

The Media is portraying New Zealand as the good kid on the block. That kid who does as they’re told and never gets told off. The one with the cool aunty who has everything under control.

That isn’t how it feels living here. Or at least, not at first.

Don’t get me wrong. This country is bliss compared to the rest of the world right now, purely because of how few people there are here. There is just under 10million people in London alone, while here on the entire South Island there’s less than 2million… let that sink in for a second.

I want to make it clear that I will forever be grateful for being locked down in a country whose PM is someone who really does seem to care, but I also wanted to share a few lighthearted insider thoughts on what it’s really like living in New Zealand during the lockdown – don’t worry, they’re not all bad!

This took me by surprise when it started happening. Kiwi’s are globally famous for being friendly, laid back people. Turns out, they’ll still turn on you pretty fast if they feel it’s ‘helping the cause’.

Thanks to a few blurred lines in the quarantine rules at the beginning – before the official lockdown – we saw a shocking increase in the amount of ‘anti-tourist’ behaviour and ‘vigilante groups’ seeking to chase away any stray travellers who might be breaking the rules.

Ironic when you consider this town survives on tourist money.

I wish I was exaggerating but there were a few days where our local community pages contained nothing but photos and descriptions of people who were possibly breaking the rules.

One particular post turned into an outright lynch mob for a solo tourist – we’ll call him Tony.

People were adding updates about Tony, tracking his movements, informing people where he was heading to next… all so they could stay out of his way – you know, because he could have germs – or confront him about his behaviour.

The thing is, they had no proof that he was breaking any rules! Lockdown wasn’t in place yet and ‘non-essential travel’ was only being frowned upon. He could have been a resident or local traveller (like us!) for all they knew but because he ‘sounded French’, they thought it was ok to hound this poor guy over some half-assed assumptions.

I wish this was the only incident like this. 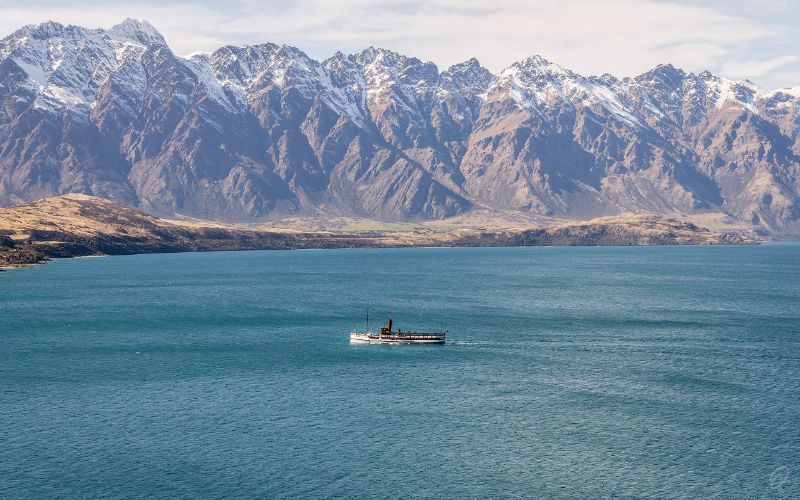 How can I complain, living in New Zealand with views like this?

Hotels and backpacker hostels started turning away ‘foreigners’. Closing their doors to anyone who they suspected felt were flouting the already blurred rules.

Some travellers got kicked out of their accommodation – rendering them homeless in a time of uncertainty. While others had prices bumped on them with no explanations. I can only assume the managers realised these travellers had nowhere else to go, it was a case of paying these inflated prices or struggle to find somewhere else…

I honestly think this is one of the main reasons we got put on lockdown. People weren’t following the rules but those who were still felt hounded by local neighbourhood watch and taken advantage of.

Out of the darkness comes light though, right?

Once the handful of Kiwi’s started showing their darker side, so many more came out to fight against it and the ‘adopt a backpacker’ scheme was born.

The locals created this page to help those travellers who had been left out to dry. People were offering their spare rooms to help those in need, either for the long haul or until they could get flights home.

Caremongering groups were also set up to try to counter-balance the fear being spread by the media. Their aim was to bring the community back together and share the good that’s been happening in our area, rather than the bad.

As things started shutting down and the Coronavirus continued to spread around New Zealand (albeit slowly) our shops and businesses started stepping up too.

The local distillery (Cardrona Distillery) has started offering free local-made disinfectant to families. All they had to do was provide their own spray bottle.

Local supermarkets and Pharmacies are now offering to take phone and email orders for the vulnerable then deliver it right to their door.

Closed businesses started a ‘bear hunt’, putting teddies in their windows for the children on their daily walks. This has since spread to the whole neighbourhood with hundreds of houses now taking part. 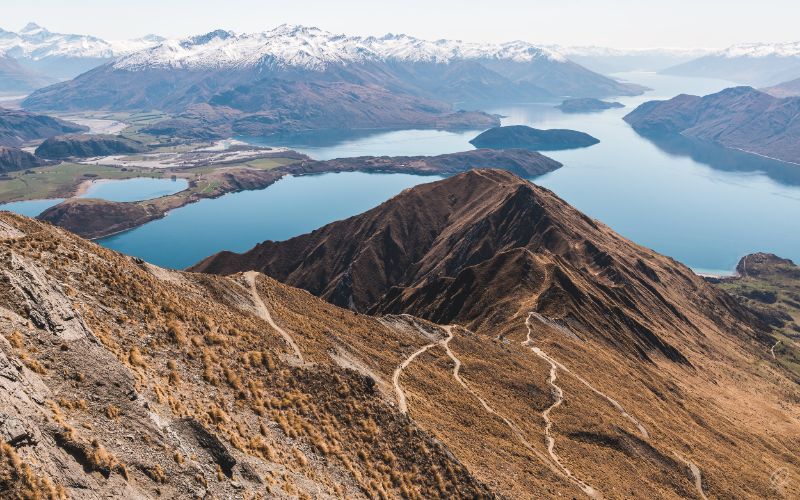 We’ve been on lockdown since March 20th and I’m proud to say there has been a very very limited amount of panic buying here in Wanaka – I’m not sure I can say the same for the cities. Top sellers here have been paracetamol, hand sanitizer and… Ketchup?

No word of a lie. Kiwis were panic buying Ketchup.

Everything To See And Do Along The Haast Pass

That first day the shops were crazy busy but they had it under control with security on the door and product limitations already in place – it was almost like they had watched how everyone else reacted overseas and preempted the madness. Crazy, huh.

Even though we don’t have the 2-hour queues outside the supermarkets, they’ve still implemented a one-person-per-trolley rule, put barriers up at all the till to stop any ‘spit attacks’ and added 2meter distancing tape to the floors.

I now have to shop on my own and resist the urge to put ALL-OF-THE-CHOCOLATE into the trolley. It’s a battle I deal with daily.

These changes are great and they seem to have helped flatten the curve but I’ve noticed they’ve also heightened my anxiety – and I’m not usually an anxious person.

I’ve done one solo shop during my time in lockdown and honestly, I’m not looking forward to the next one.

It’s been a long time since I felt penned in while being in public and I don’t want to start again. The masks, the gloves, the distant interactions and cattle-pen like the queuing system at the tills. No thank you. I’ll be happy when this part of life returns to normal.

My heart goes out to those who already have a lot of mental stress to deal with, without these added pressures and of course, to all the workers who are facing these things every day. 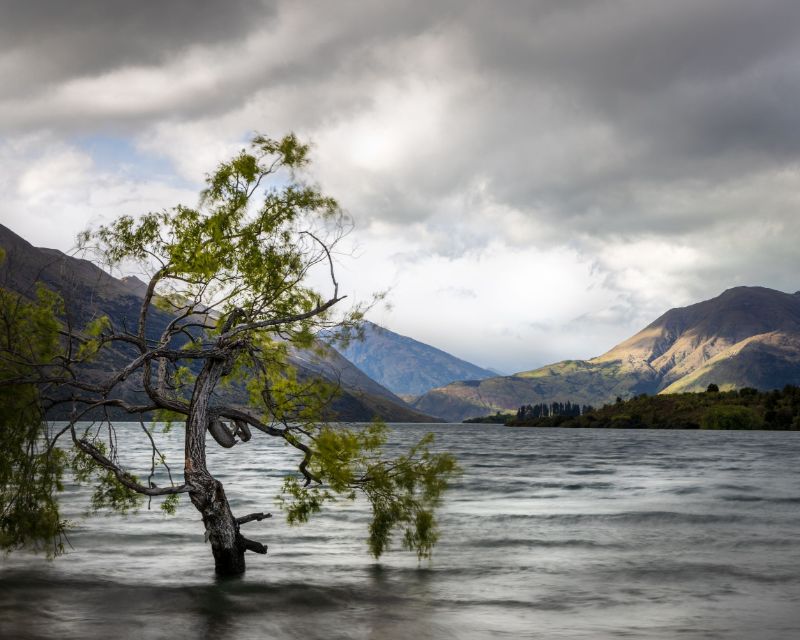 We’re into our third week of total lockdown now and there’s one thing I’ve noticed New Zealanders are getting praise for – ‘doing as they’re told’ and ‘squashing the curve’. Unlike the Brits, who have been snapped driving to the mountains and beaches for their exercise, it seems they’re showing Kiwis as people who are doing as their told and staying indoors.

I can assure you… they’re not.

Ok, most people are – but so are most Brits. So why aren’t the ‘tearaway kiwis’ getting the same acknowledgement? It isn’t because there aren’t any.

Our Favourite Podcasts To Get You Through A Lockdown

New Zealand has the same problem with people not abiding by the lockdown rules as any other country but that isn’t spoken about, and before anyone starts shouting about my first point, remember, that was before lockdown and targeted towards a certain group of people.

It’s all well and good other nations praising New Zealand for being so abiding but every day I see people driving out-of-town to come to the lake for a swim or to use alternative cycle tracks to the ones closest to their homes.

Roy’s Peak is as busy as it always is, despite the tracking being officially closed and it isn’t tourists this time, because they’ve all but gone from the area. 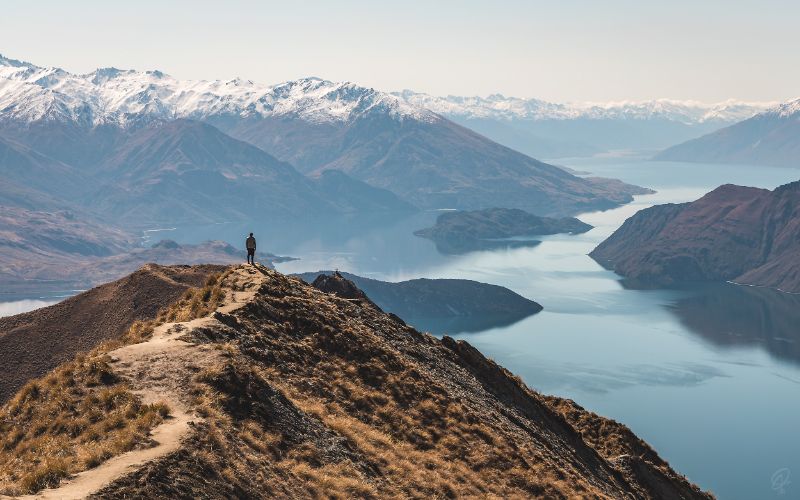 Kids still gather at the river or woodlands, quad bikes still race around the tracks and house parties are still a common occurrence.

We’re the same as every other Nation but that’s not being shown.

I’m proud of New Zealand for handling this situation so well but we’re not perfect here. Who is? So to show that perfect perception in the media is simply wrong.

This is why I won’t be surprised if our lockdown gets extended. We might be flattening the curve but there are still a lot of people not doing their part.

Our Favourite Hikes On The North Islands

Where are we now?

As I said, we’re on week 3 of a 4-week lockdown. I have little hope that they’ll lift it in a weeks time but I do think they’ll soften a few of the restrictions.

More shops might open, domestic travel might be allowed within our own regions but I don’t think we’ll have the full freedom that we took for granted a month ago.

I’m craving being back in the mountains. I can see them every day from my home, I watch the snow gradually build up day after day. What do you miss most? 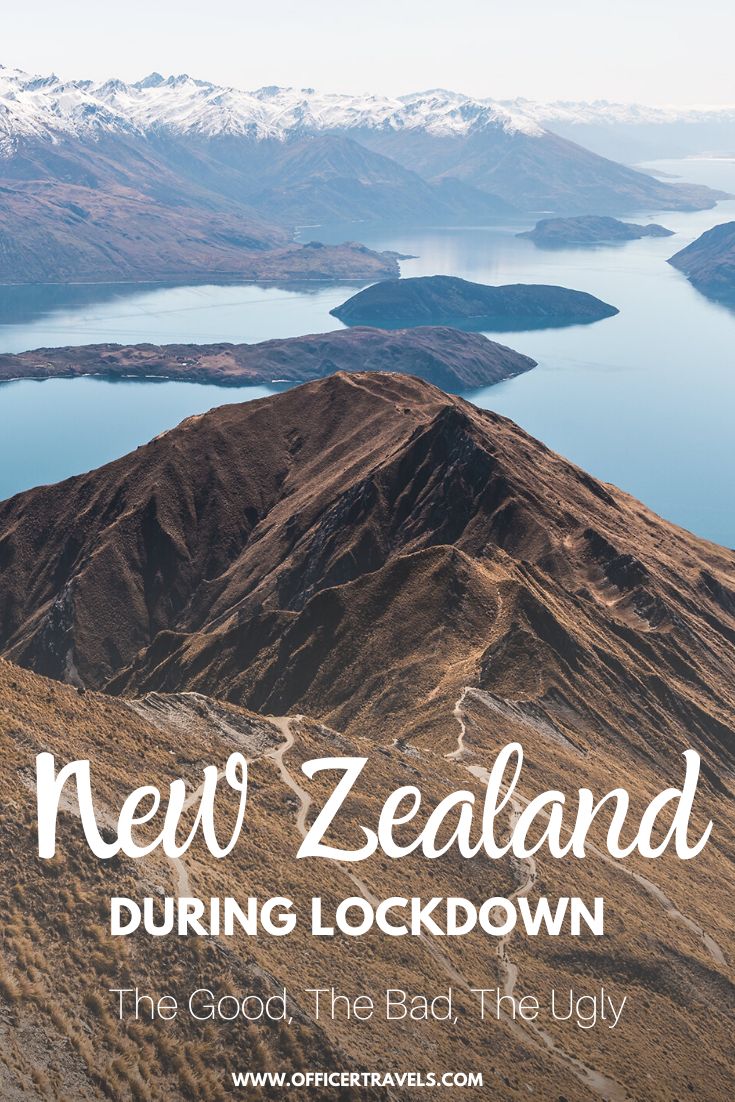 I didn’t mean for this post to end up so long. I guess I had a lot to get off my chest.

It isn’t my usual happy travel guide type post but seen as I can’t get out and about, I thought it would be interesting to let you in on what it’s been like here. Am I a bit fed up? Yep. Do I feel blessed for getting locked up in Wanaka and not England? Of course!

How’s the lockdown in your corner of the world? I’d love to hear about it, especially those tidbits that don’t make it to the news!

Home>New Zealand, Travel Diaries>Living in New Zealand During a Lockdown – The Good, Bad and Ugly!