A weekend at Mount Maunganui

If you’re looking for a coastal escape with volcanic views, plenty of nature to get lost in but to also be close enough to a city so you don’t feel isolate, Mount Maunganui on the outskirts of Tauranga is somewhere you need to add to your New Zealand destinations list.

We didn’t know what to expect with Tauranga, but once we stumbled upon the little coastal district of Mount Maunganui we decided to stay a few more days, wait out an oncoming storm and explore the area a little more. Here’s our quick guide to a weekend at Mount Maunganui. 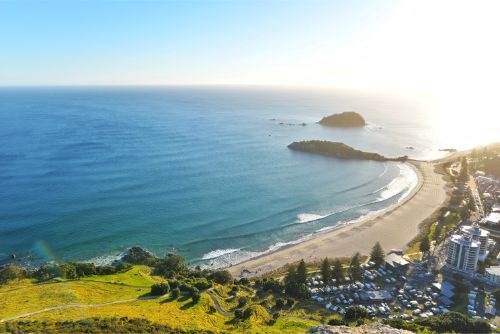 Where is Mount Maunganui

Mount Maunganui, or Mauao as it’s more commonly known, is just under 3 hours away from Auckland (210km) along State Highway 2, through Paeroa; home to L+P, so it’s only right you stop off to see the worlds largest L+P bottle along the way.

If you Want to extend the journey? We thoroughly enjoyed our detour around The Coromandel Peninsular, North from Paeroa. 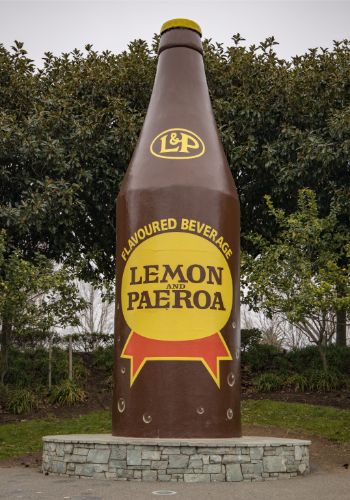 What is Mount Maunganui

Mount Maunganui is the prominent feature in the area, and obviously the reason the district came to be called what it is. Mount Maunganui is a 232m high extinct volcano that formed by an upwelling of lava around 2.5 million years ago.

Although it stands tall on the edge of town, on cloudy days it can almost disappear from the skyline altogether – something we actually witnessed as the storm rolled in, it’s impressive and eerie. 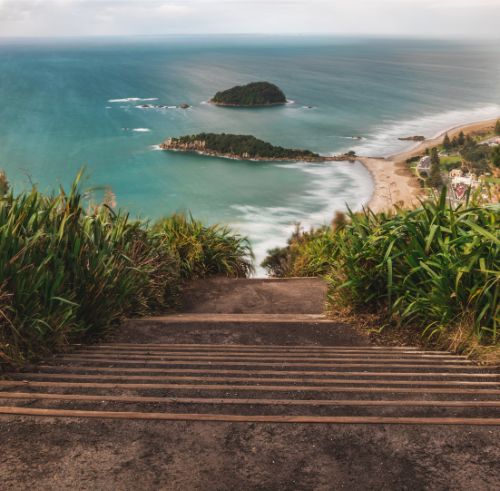 Things to do at Mount Maunganui

When you come to Mount Maunganui you have to understand one thing; the people here love being outdoors but they also seem to appreciate a slower pace to life.

Mount Maunganui in winter is a sleepy little coastal district that offers walking tracks, surfing and nature reserves to go alongside a weekend of camping. Although in summer I imagine it’s a much busier place, I can almost guarantee it maintains it’s laid back pace. These are just some of the things you can get up to during a weekend at Mount Maunganui:

Is Wai-O-Tapu Worth the Money?

Walk to the summit of Mount Maunganui

The summit walk is perhaps the main thing to do while you’re in the area. The 232m climb will take you around an hour to complete as the track zig zags its way to the top. There are two tracks to choose from; the Waikorire track that gives you views across the ocean, or the Oruahine track that climbs up the opposite side, giving you views over the city.

Both options have steeps inclines and lots of steps but the council is currently working on a more pushchair/wheelchair friendly option.

We decided to do this walk in a gap between showers and was lucky enough for the sky to have cleared almost completely by the time we reached the top (and also lucky enough to see the next storm brewing in the distance).

We always stay at the top of places like this for ‘longer than normal’ because a- it gives us a chance to experience it with fewer people and b- you get to enjoy the views as the light changes throughout the day.

TOP TIP: If you’re looking for perfect panoramic views and don’t like hanging around to catch a break in the clouds, we recommend planning your trip in summer when the weather is usually better – although this is New Zealand after all, the weather changes fast and often here all year round! 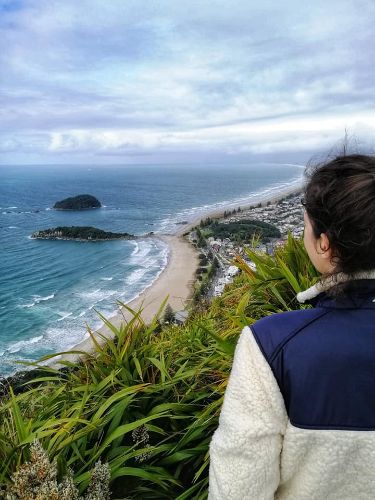 The Mount Maunganui base walk

If for some reason you’re unable (or unwilling) to climb 232m to the top of Mount Maunganui, there’s always the option to do the base walk. This walk will take you 3.4km around the base of Mount Maunganui in approximately 45minutes.

The beaches here are often a resting spot for South Island seals so keep your eyes peeled. They can appear at any time of year and can usually be found sleeping after their journey from the South Island. If you do come across one or two, keep your distance and let them rest.

This was one of the most interesting things to do at Mount Maunganui purely because of its history. Moturiki Island was a quarry during the time of the first European Settlers.

It was then turned in to a luxury island resort called Leisure Island (you might hear some of the older locals still call it this!) where it had a big hotel and swimming pools as well as captive dolphins and Orcas. Luckily now it’s been restored back to its natural state and is now a nature reserve that’s far bigger than it looks from the mainland – 3Hectares

You can get to Moturiki Island by foot thanks to the man made land bridge. It’s accessible during low-tide but if there’s a big storm looming it’s wise to stay on mainland.

On Moturiki Island you’ll find several walking tracks, out favourite being the one that runs all the way to the end of the island. This is a good vantage point for whale spotting, as they often come into the Bay of Plenty for a rest. 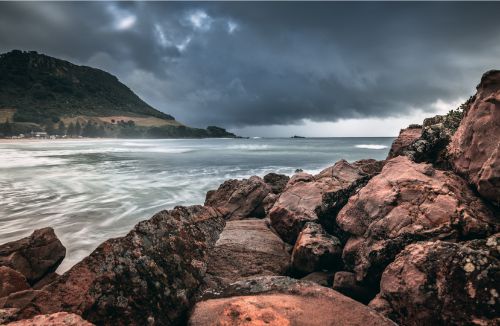 Where to stay at Mount Maunganui

There are plenty of options when you’re looking for accomodation in Mount Maunganui, from freedom camping to paid sites with all the amenities, Air B+B to Hostels and luxury hotels, you won’t struggle for options here – just get booked early if you’re planning a trip in summer!

We stayed in a mix of freedom and paid campsites during our weekend at Mount Maunganui.

If you’re looking for a paid camp, we highly recommend the Mount Maunganui Beachside Holiday Park, they’re in the perfect location for doing the summit walk and you’re pretty much guaranteed a sea view.

You’re almost guaranteed a beach-side spot when it comes to freedom camping in Mount Maunganui. The main thing to know is all freedom sites have a 2 day limit, they’re usually for self-contained only (read more about that here), you have to be inside designated spaces – usually checkered green/blue – and you have to be gone by 8am, be respectful and take all rubbish with you when you leave. If in doubt, check the signs in each location for more details. Below is a list of freedom campsites in Mount Maunganui with links to their locations.

– Macville Park: SC only, toilets, Sunday-Thursday only, in town.

It was at Mount Maunganui that we experienced our very first paid campsite. With the storm rolling in we decided to splash out and enjoy the ability of plugging in our electric heater overnight – it’s the little things in life, eh! While it isn’t our usually style of camping/van life, we understand everyone’s needs are different so below is a list of the paid campsites that have all the amenities you’d need in Mount Maunganui.

As with any destination that attracts tourists, there’s a good amount of Air B+B options here too. If you haven’t signed up yet, you can use our code to get a discount off your first stay!!

Overall we’d say a weekend at Mount Maunganui is a must for travellers doing the NZ North East Coast. The scenic drive alone is enough to make us want to go back, let alone the appeal to see how the vibe changes in the summer.

Have you been to Mount Maunganui? What was your highlight? Let us know below or join in the convocation over on Twitter! 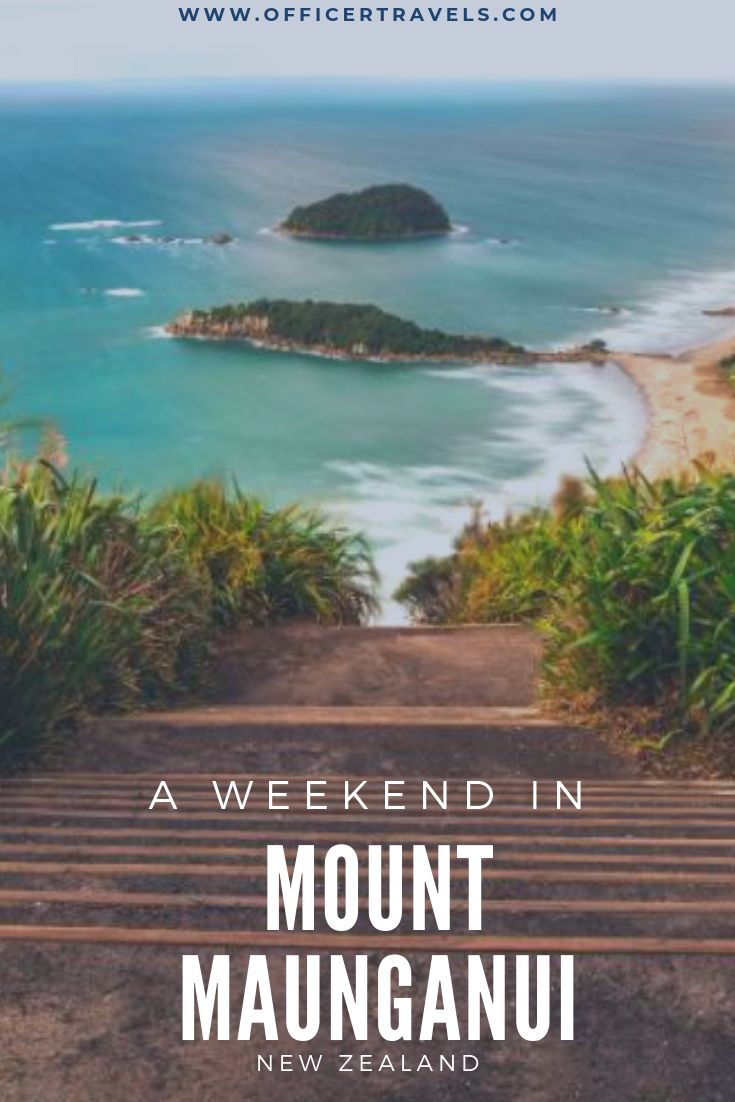 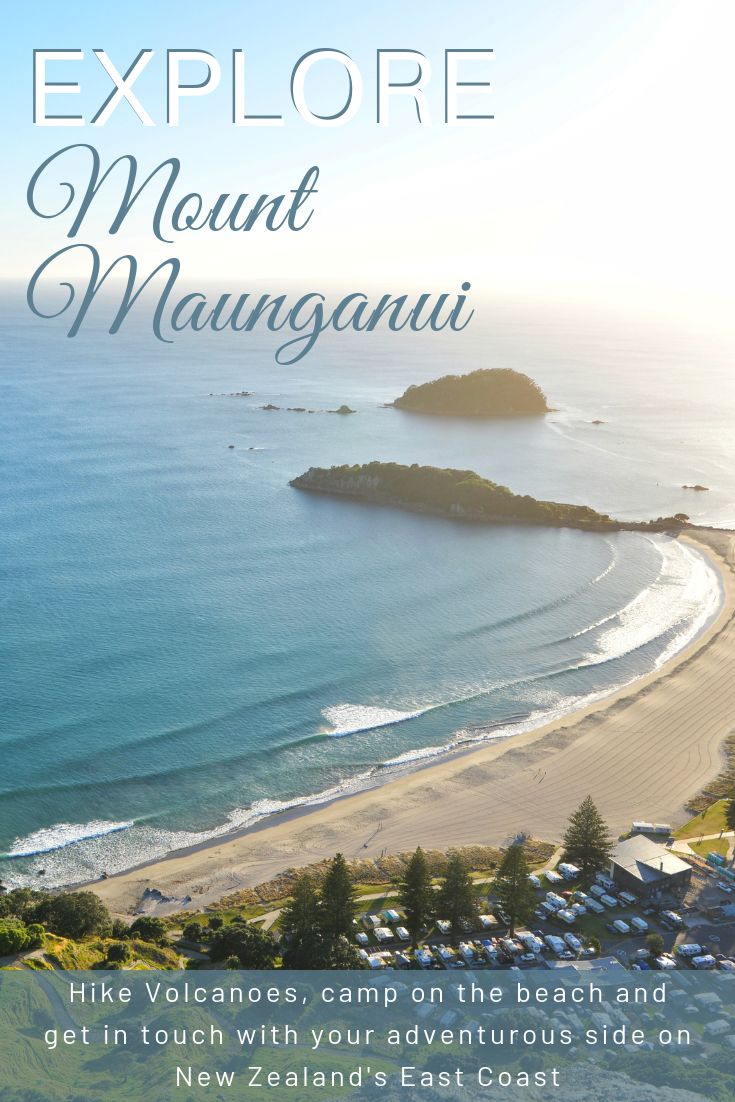 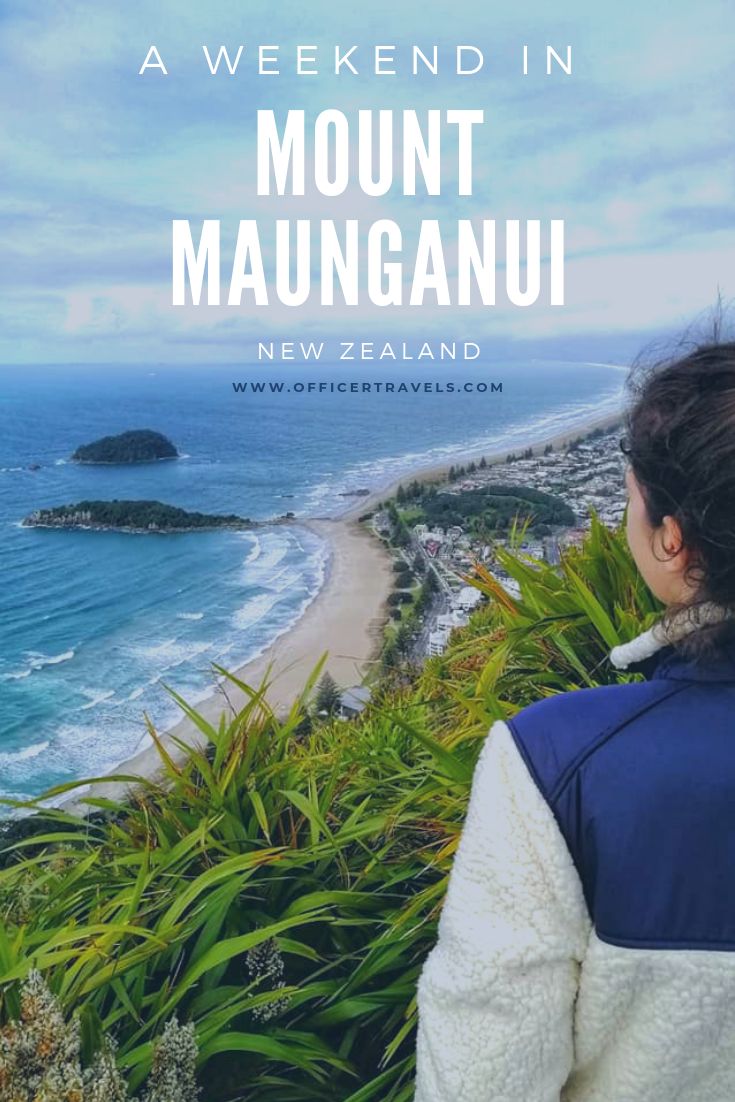 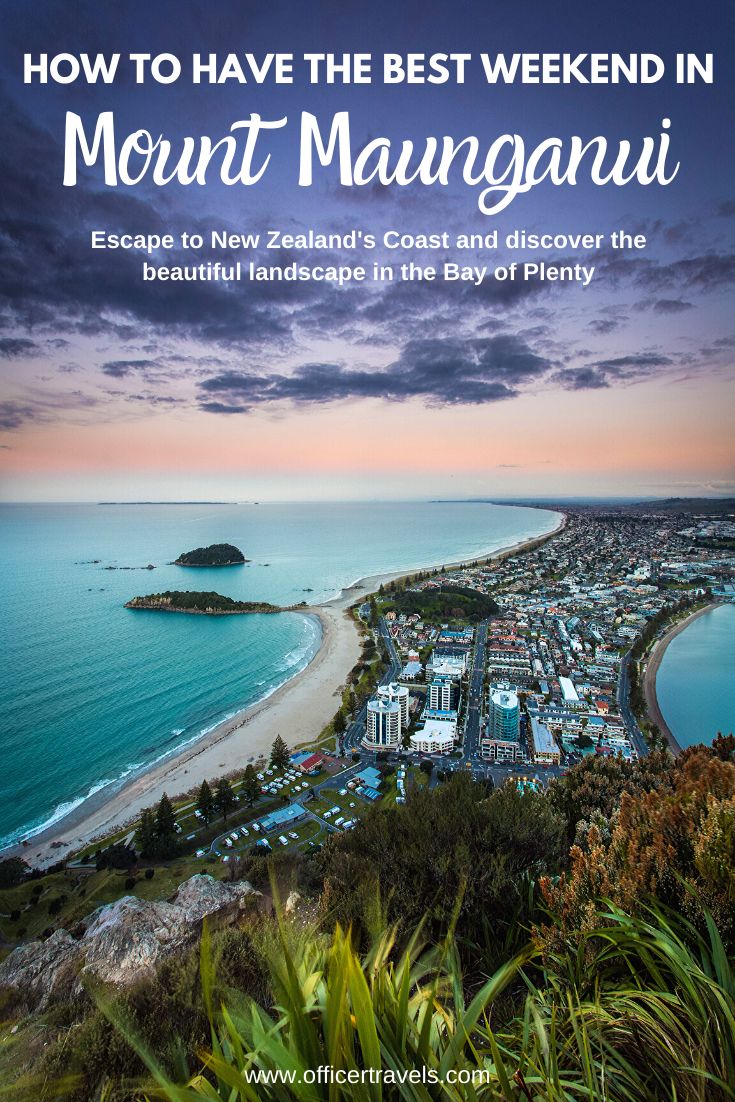